how can one thing in general be many things in particular?  form is a distinct singular thing but causes plural representations of itself in other objects.

these forms are the essences of such objects: they are that without which a thing would not be the kind of thing it is. for example, there are countless tables in the world but the form of tableness is at the core; it is the function or purpose of all of them.

the world of forms is transcendent to our own world (the world of substances) and also is the essential basis of reality. above mere matter, forms are the purest and most universal of all things. true knowledge is the ability to grasp the world of forms with one's mind.

the total solution to the "transforming restaurant" is a truly articulated sytem that can dynamically reshape a room instantly. the walls can turn, bend, expand, or contract, in moments as needed. any shape is possible just by pushing and pulling. the basic elements are a rigid nylon cells which minimize friction and allow free movement at strategic joints. because the system is modular, any combination of heights, widths, and thicknesses are possible, making it adaptable to any space. all the pieces snap together, and there is no extra hardware or tools. therefore, the parts can be easily reconfigured as customer needs change. the same modules that make up the walls can be used to create a raised floor or stage of any height. the same goes for countertops or tables. even seating can be built from the same components. there is a shared unit size to all the pieces, making them interchangable. the core elements solve specialized purposes which serve both decorative and functional characteristics. from these, a multitude of creative variegations arise when assembled in orchestrated ways. shapes and colours can be used in harmonious rhythms which animate during transformations. no off site storage space is needed for unused walls or furniture. these can simply be disassembled and reconfigured on location to serve useful functions. in daily usage, room sizes will automatically chnage based on occupancy. if an area becomes overcrowded, then people bumping up against the walls will cause that wall to naturally move in the needed direction. when privacy is desired, restaurant patrons can spiral a wall around themselves to create nested spaces.

the resulting interior spaces are essentially or "really" - forms, and the instant phenomena seen by the occupants will be like shadows following the form; that is, momentary portrayals of the form under different circumstances.

FEELS LIKE LEGO AND TRANSFORMERS, U CAN SELL IT IN MASS PRODUCTION FOR RESTAURANTS AND TOYS! INSTANT MILLIONAIRE!

it is very different from lego in an important way. all the connections are sliding joints. and the parts are made of nylon, so everything moves smoothly. here is a video for the proof of concept in 1:4 scale.
http://www.youtube.com/watch?v=c68sH1JBYKw

also, here is a rendering i forgot to include, showing one way to anchor the wall system to a building. note the circular steel tracks on the column which allows for radial pivoting. http://img98.imageshack.us/img98/4378/cam72.jpg

I believe that this system has great possibilities especially when asked for the transformability of the rooms. Perhaps it should be studied more the aesthetic. But, really good work!

thanks for exploring my concept. the main point of my chosen approach is that the aesthetics are self evolving. i have laid down the mechanism for evolution, and the rest happens automatically through usage. the results are unpredictable but such is responsible design practice.

aesthetics are not the strong point here, however the brains behind the concept do really shine. Very well thought out, again i'm no architect but the addition of some orbs might really pull it all together! 8*

sociocultural aesthetic standards hinder the path to finding true beauty. in perfection, beauty and goodness are grounded in form. form directs a thing to its appropriate path to perfection.

beauty exists in a thing resplendent with the clarity of its form.

Oleksandr Galeta
about 9 years ago

teiganowner
Oleksandr Galeta
about 9 years ago

thanks. my ideas are wasted around here. but i am entertained by the way it serves as a gauge for the level of competence of those rating.

banieramartina
Oleksandr Galeta
about 9 years ago

dont listen to him , he just wanted to make a dramatic comeback .

teiganowner
Oleksandr Galeta
about 9 years ago

i'm not back. i just missed (at work)nathalie, so i stopped in to say hello.

banieramartina
Oleksandr Galeta
about 9 years ago

often read your comments. they are always true and funny

here is a picture of every type of part in the system. http://img707.imageshack.us/img707/7138/partslist.jpg

and here is a example diagram of how to build the chair. http://img714.imageshack.us/img714/8692/chairassembly.jpg

form is not a shape or object. form is an event, or a place where several events become entwined. to observe a form is not to be locked out but to be invited in to the gathering. we participate in the form. the processes of genesis and growth that give rise to forms in the world we inhabit are more important than the forms themselves. form is the not an end, form is movement. design should not seek to replicate finished forms that are already settled, whether as images in the mind or as objects in the world. it should seek, rather, to join with those very forces that bring form into being. thus the line grows from a point that has been set in motion, as the plant grows from its seed.

i've assigned primacy to processes of formation as against their final products.

this is to read creativity forwards as an improvisatory joining in with formative processes, rather than backwards as an abduction from a finished object to an imposed intention in the mind of an agent. 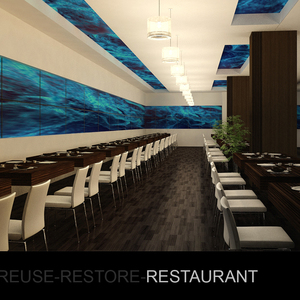 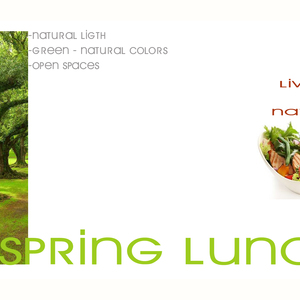 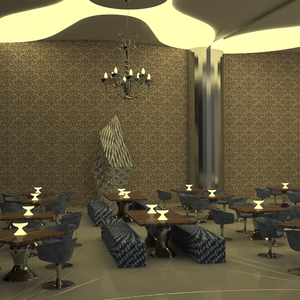