There is a certain magic in travel. Through travel we discover the hidden connections we have throughout the world.
As novelist/playwright Peter Handke states: "There is a connection. Every point in my life is connected to every other point. The connection is there. One need only imagine in full freedom."
The Byte Size Hotel gives you the freedom to connect with your destination and locals through gameplay, as well as discovering the hidden connections of the game universe. Welcome to a gamified stay.

When you check-in to locations associated with Tablet Hotels on Foursquare, you receive badges and real-life rewards.

When you play the hotel-related Facebook game, Take a Byte Out of the Big Apple, you have the chance of winning such incentives as virtual and real free meals, drinks, and merchandise from local establishments. The game can be played anytime, but if played while staying as a guest, one can participate with other guests, sharing in the rewards. The game is open to anyone, so residents of New York (and elsewhere) who aren't staying at the hotel can compete online with soon-to-be-arriving tourists and have the chance to meet their opponent when they arrive and show them some of the city. Their competition will yield real-world incentives from the Byte Size Hotel, with locals given points towards drinks and food at the in-house restaurant. Also, locals, as well as tourists, can win points towards other Tablet Hotel destinations, including towards airfare. The Facebook game will involve players traveling to different cities completing various missions, where they have to collect apples. Whoever does the most in a day in a city wins that mission.  Whoever finds the Golden Apple in the game has to travel to New York and take it to the front desk at the Byte Size Hotel. That person will receive a virtual gift, but also a real one whenever they get to actually visit the hotel.

When guests check-in, they'll be assigned a room associated to one they stayed in in the game. Based on clues in the game, guests will have to know or figure out the password to access their room. Once in, they'll be greeted with a luxurious round bed and a snazzy, round living room. While the guests will have plenty of chances to relax in their room, there will be many aspects of gameplay in them.

The in-house bar, Byte Size, will serve tapas and wine. The in-house restaurant, Off the Grid, will serve Spanish/Asian fusion. Ordering will be done with E La Carte tablets, which allow guests to order food, pay their bill and play games. The restaurant will be "open," which means there won't be a separate kitchen. The chef and stove will have no barriers. Located on the first and second floors, the open kitchen will be right next to the "open" bar and cafe. The open bar will have a community table, where there'll be no separation between the bartender and guests.

Various aspects of one's stay will incorporate a game. For instance, in accordance with Anywake, if you guess the location of the sounds of your alarm (Stockholm? Helsinki?), you could earn a free trip or points towards one.

The lobby itself is a Social Hub that combines work and play. Removing separate, private spaces like the front desk and lounges, it combines these spaces creating a communitarian aspect of being at a home-away-from-home. Equipped with a wall-sized Google Map and tablets throughout the hotel, guests are allowed to work or play games during their visit. The Social Hub serves as a creative crossroads, allowing the guests and locals to form serendipitous connections. There are also "Think Pods," enclosures that allow you to work and think in a cocoon-type environment. Unlike most "hip" hotels, this one won't drown out your experience with pulsating music in the lobby. It will be quiet enough were you can concentrate on gameplaying, work or simply conversing with your travel mates or new people you meet. Most of the shapes of the furniture in the hotel will be circular, connoting the Wheel of Fortune. There will be plasma screens throughout the hotel, where various popular games, like Call of Duty and Assassin's Creed, can be played, as well as Take a Byte Out of the Big Apple.

There will be a Game Salon room, where people, young and old, can have beverages and snacks while playing "old school" board games. It will be the only room without tablets or plasma screens. This 70-room, Rubik's Cube shaped hotel will marry the upscale boutique with high-tech style. There will be 35 single-bed suites and 35 double-bed suites, each equipped with the latest technology. For the ultimate comfort, guests will be able to lie in bed an watch television without having to sit up. With use of the LED pico projector, guests will be able to lie in bed and watch television on the ceiling. There will be tablets in all the suites for ordering room and concierge service, paying bills, playing games or watching television or movies.

One of the primary concerns of building a hotel in New York is space. Most upscale buildings, even the swankiest, are demure and conservative outside, and sleek and chic on the inside. The Andaz Hotel on 5th Avenue is a perfect example of this. With its Pre-War exterior, yet sophisticated, free flow interior, it is the perfect merging of old and new. The Byte Size is located in the Financial District, on Water Street, along FDR Drive and close to the burgeoning Freedom Tower. Not only are you close to all of the major subway and bus lines, but you'll have stunning views of the New York Harbor, Battery Park and Gardens (a 25-acre waterfront park) and Peter Minuit Plaza.

© All rights reserved to: sonyaa2 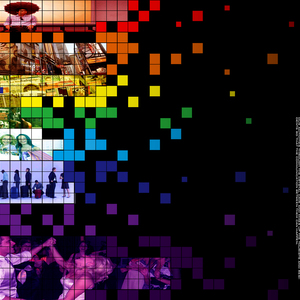 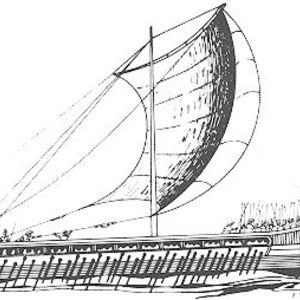 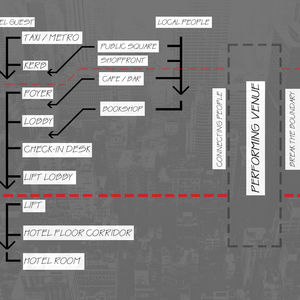 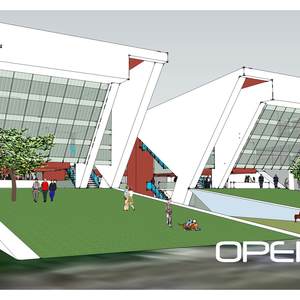