Rather than directly looks into hotel�s suits and standard rooms, the �Hotel Incubators� begins in a much more novel way by its site-searching and design process.
The hotels� suits and standard rooms are real capsules in a mega-city like New York. Most regular hotels� rooms are
actually aggravating the travelers� loneliness in night New York because of their isolation from the everyday life of New York locals. The travelers could not join the locals with their colorful New York life. In fact, they have another path in the city. They are addicted into �standard� rooms, �standard� New York travel, it is definitely the most cost-effective pseudo-bourgeois show.
Among all functional spaces of a �standard� hotel, the lobby space has the most potential to connect with urban life in New York, rather than a fictional narrative of the mega-city New York, an  urban fair tale.
Thus in this project, the lobby of an urban hotel is merged with union square itself, which has the beauty of congestion, a potentiality of random connection and communication between travels and locals. And all the hotel rooms and suits are put into the underground plan.
© All rights reserved to: ranger424

jerico
about 8 years ago

ranger424owner
jerico
about 8 years ago

It provides a close approach to the surroundings. Comfortable relationship between tourists and urban space. Fascinating idea, good job!

I like your graphics a lot. what did you work it?

thanks, a lot of sketch up works

alexandru
about 8 years ago

interesting project you win my vote

ranger424owner
alexandru
about 8 years ago

Olena
about 8 years ago

Rainer Kollender
about 8 years ago

nice approach, the look reminds me a bit on the " pink project " by graft :-) but this is a totaly diffrent content !

goforit
about 8 years ago

patricia94
about 8 years ago 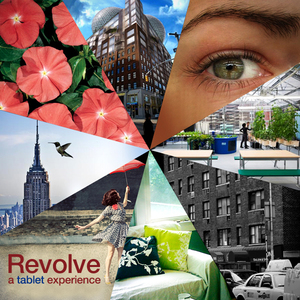 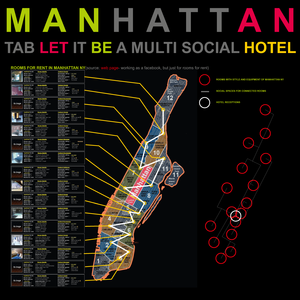 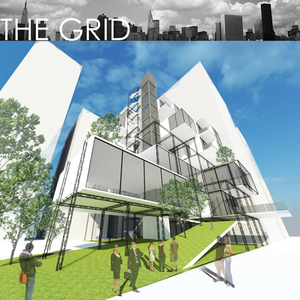 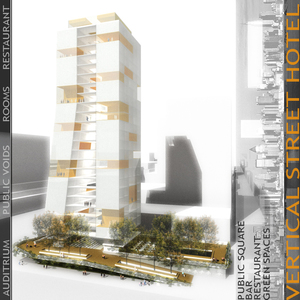