It is a common practice to attend cocktail party as a sort of social activity. The cocktail party will be held right before the formal dinner, during which some red wine, cocktail and simple appetizers will be provided. It has become a cultural phenomenon and represents the atmosphere of the city.

What we want to create is the lobby of the hotel, the place where the cocktail parties can be held. It provides opportunities for naïve and visitors to meet. The site is situated on the margin of the High concentration areas. We can have a nice view from all the high-rise beside as well as the city north of it. It is the focus of visual.

Clinking glasses is a passionate moment and the clue of the meeting and conversation of different group of people. When they cheers, strangers start to know each other, and then, become good friends or business partners.

The moment can be captured. The digital catalyst is determined upon it.

Architectural surface flashed while customers clink their glasses. The brightness and color is determined by the frequency of clinking glasses. As the building becomes brighter and brighter, locals will be attracted to this hotel, thus create more communication between local and strangers.

When people clink their glasses, light and screens will appear through the air projection technology to divide space. At the same time, those people will be projected on the large led screen hanging on the building. Thus create the interaction between architecture and people.

The philosophy of the concept is to set up interaction network using the digital catalyst, influencing the whole city and connection of tourist and locals. 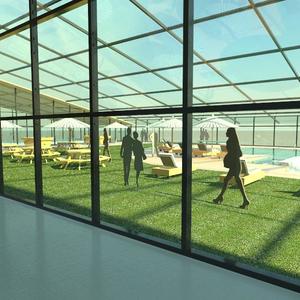 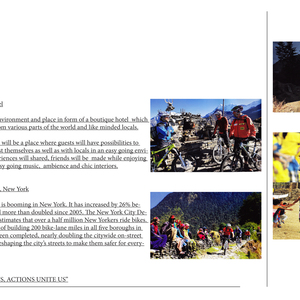 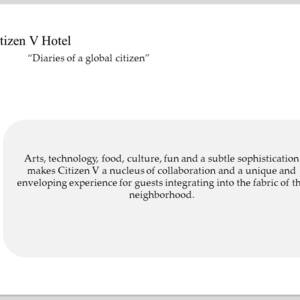 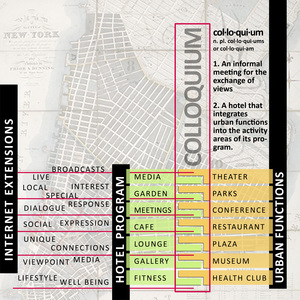