The art project OIL is based on an idea of combining art, people and nature in order to force global attention towards the local environment of the Inuit societies covering Russia, United States, Canada and Greenland and of course the sea in between. The Arctic is not only inhabited by some of the largest and rarest animals in the world, it is also (unlike the Antarctica) populated by humans.

The Inuit know what is going on. They not only see the global warming, they live in the consequenses of it. Each year dramatic climatic changes due to global warming are forcing the Inuit to change their way of life - as the majority are totally dependant on nature and the climate to make a living.
Inuit cannot own land. Innuit cannot own water, sea, animal or mineral. Inuit can borrow. But Inuit also in the end will pay back.
In cooperation with Greenpeace, artists worldwide and the local people of the Arctic OIL is a simple idea of taking a word and making it into a powerful statement via art. Main focus is to create awareness:
We can take and use as much OIL as we want, but are we ready to face the consequenses of doing so?
As an outlet, the well-visited Westgreenland could be a take-off ground. Artists collaborate with local representatives to create temporary visuals. Postcards could be manufactured as a longterm. The word OIL is marked on objects where it doesn't normally belong and the locals are encouraged to submit their own OILs via a website. Tourists visiting will be live-audience but their pictures will also spread digitally. A website where you can upload your OILs runs a neverending and hopefully continueosly extending slideshow. People anywhere in the world are encouraged to ad OILs and follow the webpage.
Hopefully this will generate a natural interest in the Arctic and even more so, to consider if one is ready or willing to face the consequenses of oil drilling in the Arctic. Also it gives the local people, and thereby also the flora and fauna of the Arctic, a face and a voice in global context.
When OIL'ing you are asked to join Greenpeace in the fight against the OIL drilling in the Arctic.
OIL could be passed on to future Greenpeace projects and will have an effect not only right now, but as a living and breathing awareness project for years to come.
Extra thoughts_alternative marketing next to internet
-> exhibition of the OILs
-> postcards from the Arctic made of OILs
-> book/booklet of the OILs

It puts the Arctic "on the map" through the voice of the people and the canvas of the flora and fauna. It has the potential to grow and to be used in future projects.

With almost zero to none paraphernalia this project could raise awareness to the locality of the Arctic and it's inhabitants. At the same time it emphasises and encourages all spectators to think about OIL and OIL drilling. It sticks out from other campaigns, because it forces us to see OIL out of it's normal context.

Jesko Stoetzer
about 7 years ago

Thanks a bunch for your submission!

• I love your conceptional ART approach!

"In cooperation with Greenpeace, artists worldwide and the local people of the Arctic OIL is a simple idea of taking a word and making it into a powerful statement via art."

• I think its very grounded and even smart to start visually right there where the problem is and secondly not forget about the Inuit that are living there.

• One more thing about a legal issue: Did you take the images you show here yourself? - or do you own the rights? If not please mention the image credits.

Good Luck with your awesome idea!

hannahrosaraschowner
Jesko Stoetzer
about 7 years ago

Don't worry about the credits, they are my own personal pictures, I live and work in the Arctic in summer. I am here right now, and the weather is gorgeus - I can send you pictures ;)

The first humpback whales arrived in Disko Bay yesterday and it reminded me of the Greenpeace fight to save the Arctic - an oil spill would kill the route for all the whales that need to travel through Disko Bay to feed and breed. It's close to all whale species in the world that pass through up here.

Please let me know if you have thoughts on how to improve my idea.

That´s awesome! Yes, please send us some pictures. I will send you a PM!

I think your idea is very unique, diferent even if it might be a bit out of the box.

We will talk to Greenpeace again after the end of the rating period and announce the clients choice award as soon as possible.

Kah Khiong Lee
about 7 years ago

Thank you so much! One of these days I will go out and really paint one, and I will upload the picture :) Problem is that they are so damn slippery (and cold), haha.

Luis Gutiérrez
about 7 years ago

hannahrosaraschowner
Luis Gutiérrez
about 7 years ago

Hi SophD, thank you for your nice comment. If any suggestions for improvement, please let me know :)

Vanja Paunovic
about 7 years ago

Impressive and very artistic pictures. I really like this proposal.

Thank you so much Vanjolina. Great with positive feedback. Let me know if you have any thoughts on my project, all comments highly appreciated. Greenland says hi ;)

Maybe you can make something like animation from your pictures.. Oil leaking everywhere and than flood the whole picture... Greeting from sunny Belgrade :)

Yes, that would have been sooooo cool. Good idea. Maybe it would be an idea, if the uploaded OILs also could be movies, animations and gifs, yeah yeah yeah. Thank you - that's a great extra feature ;)

Amazing video that reminds me on your work. onhttps://www.youtube.com/watch?feature=player_embedded&v=fq9mw8wR-1Q#!

WOW, that is an amazing video. Thank you so much. Great campaign also. I have imagined that the OIL on the ice would melt and create pattern like these (but seriously, wow, those "paintings" were amazing). Thank you so much vanjolina - i loved that!

Acchan
about 7 years ago

hannahrosaraschowner
Acchan
about 7 years ago

Thank you Acchan. The photos are my own, so it warms my tiny amateur photo-heart to hear that ;)

Elina
about 7 years ago

Strong concept! Great! I'm sorry, but I wanted to ask you. Hanna. I see the chair on your avatar. Where to see it in more detail?

hannahrosaraschowner
Elina
about 7 years ago

It's my own design. You can check out Bolia Design Award 2012 on youtube, there are some pictures of it. Otherwise I haven't put it online yet, as i am currently trying to produce it .... Thanks, although out of context :)

Elina
Elina
about 7 years ago

Congratulations on the award!!!!! Hannah! Very good project!!!!! Beautiful. I have a similar project chair, but I don `t know from which material to made. did you use plywood? Can you provide a link to the material? Thanks for help=)

hannahrosaraschowner
Elina
about 7 years ago

Yes plywood. I made molds of mdf and in them i glued the plywood together and let it dry (no air bobbles, so the molds have to be perfect). For the plywood, you can use glue that foam up, this way you avoid airbubbles (this makes the "bends" very fragile). I used a glue called PU. A very strong glue. If you send me your email adress in a PM i can send you some pictures of the process . /Hannah

Elina
Elina
about 7 years ago

Thank you so much Hannah!!! I sent you a private message =) 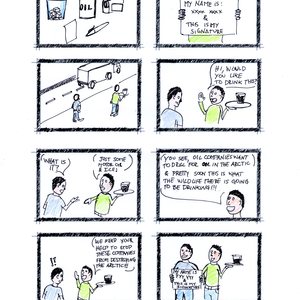 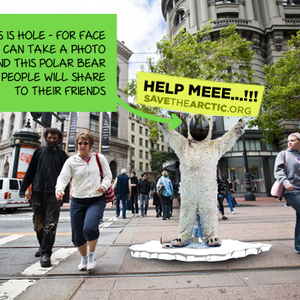 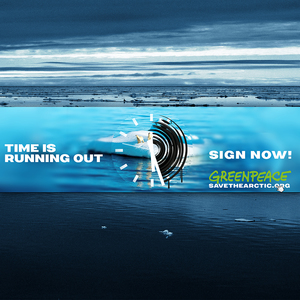