A giant steamroller destroys our rights. Light coming from below adds to the threatening character of the machine. Additional graphic details on the steamroller give a hint to what TTIP entails and can work as a conversation starter via social media.

No (exepct for the fonts, but they're free ones)

© All rights reserved to: Alexander

Super details and idea, also your style is great!

Hmm, for second variation those zoomed details could be build in poster.

Alexander Suchyowner
Mariya_
over 4 years ago

Thanks Mariya =) I'm not entirely sure if I get your suggestion regarding the details. Could you elaborate on it? :)

Olof Ekman
over 4 years ago

Great to see you are taking part in this project Alex!

And nice first idea here, works best in german in my opinion. And the details is cool, I wonder if people will see them though, maybe you can make them more obvious somehow?

Also, "A worst of both products" does not make sense to me. What do you want to say? :)

Yeah, this topic has made me worried for some time now and since I couldn't go to the recent demo I wanted to make up for that ;)

The details are a little extra feature with 2 main functions: 1) Their existence in an illustration shows that Greenpeace has a thorough, detailed and engaged take on the issue. 2) They could work as conversation starters in social media, e.g. if some people notice them and ask what they mean. Or GP could proactively post detailed shots of the illustration and inform about the meaning of the details. I don't know about you, but I always like this kind of consistent communitcation and that effect of discovering something that has been there all along. I could try making 'em a little bigger, though...

Thanks Olof and kind regards, Alex

Thanks for explaining Alex! The reason I think "A worst of both product" will be hard to understand is because in english it does not really make sense. Maybe "The worst of two worlds" could work? But it still needs to be explained what you are referring to somehow, otherwise people wont know what you mean unfortunately.

Hi Olof, I made an update and added a symbol or the rights, that are being steamrolled. I made the details more noticeable, added some more and shifted the one with the two flags to another position, changing the text to "the worst of both". Hope you enjoy the update =)

Yes pretty neat poster now! Now the challenge is to think about how you can take this idea further than just a poster. Think about guerrilla marketing for example!

Gustavo Moncada
over 4 years ago

Hi Alex! so nice to see you again! I really like your work :) this analogy works pretty well, great graphics and concept!

Hi Gustavo, glad to be back after some time, but given the importance of the issue I just had to take part. I'll try to work on it some more as soon as I can. Thank you soo much for you nice comment =)))

Diana Jianu
over 4 years ago

Great work! And in the light of Olof's latest things he mentioned, [here](https://stop-ttip.jovoto.com/briefing#comment827708)_ and [here](https://stop-ttip.jovoto.com/briefing#comment829702)_, I'd suggest to simply leave out the US/EU reference and to maybe visualize what these rights are, and for instance, show them literally being (or about to be) squashed, one by one, by the big bulldozer.

One more thoughts – currently the affected rights are too small and they are just icons. Maybe they can be characters. Or maybe you can pick a key thing that is used in people's everyday's life and represents the whole category (i.e. for food = a carrot..) and use that as a concept.

I hope you find this helpful or inspiring.

Hi Diana, in reaction to your advice and Olof's I made an update. You are right, it would be nice to depict what is about to be crushed so I added a symbol for our rights with cracks. I think that does make the key visual work better as a whole. What do you think?

I also added/enhanced some more details. They are an additional feature, an amendment to the main key visual and their role is to work as conversation starters in social media.

For example: when total shots of the visual have been out there, Greenpeace could publish detailed shots of it in order to post infos about TTIP details.

motif
over 4 years ago

Eva Wolkersdorfer
over 4 years ago

Willkommen zurück Alex :)) What a powerful illustration and your headline "deine Rechte werden bald plattgemacht" is simply brilliant in connection with your illustration, it does underline it 200%!! Awesome work!

Muss
over 4 years ago

One of my favourite posters! Big congratulations! :)

Alexandru Coman
over 4 years ago

Gustavo Moncada
over 4 years ago

Eva Wolkersdorfer
over 4 years ago

Jaime Moroldo Lira
over 4 years ago

Jed
over 4 years ago

Alexander Suchyowner
over 4 years ago

Thanks for all of your congratulations, lovely people =) 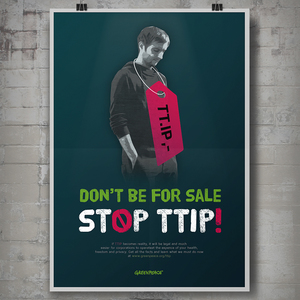 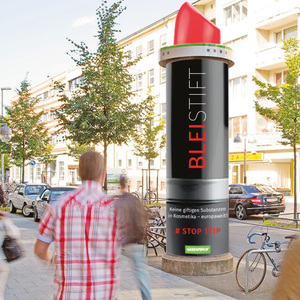 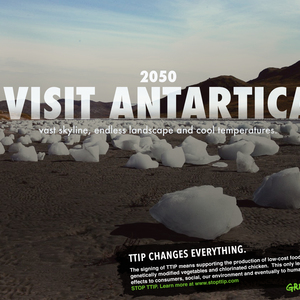 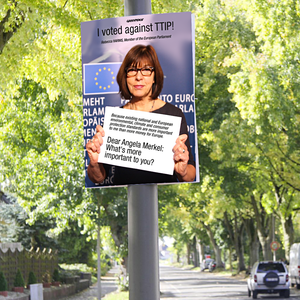