We care for the caregiver.

Designed especially for that period before full-time, professional caretaking assistance is required, NeighborsCARE is an application that combines existing home sensory technology for seniors with a neighborhood alert mechanism. Taking existing home sensory technology and applications for seniors one step further, NeighborsCARE allows caretaking family members who don't live with or nearby their sick or elderly relatives to program in neighbors who can receive an alert when something goes wrong, and intervene more immediately or if the family member has not received the alert immediately, because they are in a meeting, on a plane, etc.

Describe a caregiver situation that you were/are involved in.

This application is inspired by family events. My mother was the secondary caretaker for my grandfather, who was diagnosed with Alzheimer's. My grandmother was the primary caretaker, but she herself was elderly and vulnerable to situations like falling. One evening, after my mother had just left after her weekly visit, my grandmother fell while cooking and had to be hospitalized.

Explain the caregiver problem that resulted for you and/or other caregiver(s).

The problem was that my mother lived an hour away and had a full-time job, so she could not constantly monitor the situation and intervene in a timely manner. It was also not easy at the time to convince my grandparents that extra live-in assistance was needed, because they were used to being independent.

Describe your caregiver solution that would provide assistance or relief to the problem of the caregiver.

This solution provides more immediate alerts and faster response time. My mother would have received an alert on her phone that the kitchen stove was left on, or, had that not been the case, that my grandmother had not gone to bed or turned off the lights. She could have immediately contacted a neighbor (who had willingly signed up to be part of the application system) to check on the situation and gotten more immediate help before the situation worsened.

Are all parts of the design 100% your original work or did you use any stock or third-party materials? If yes, please link all stock, fonts and Creative Commons materials here:

© All rights reserved to: Madeline

Jess
over 4 years ago

Hey there, Neighbor's care seems like a very helpful app and platform to give caregivers a little relief. It is similar to the City Care idea that has been submitted in the project already, however your alarm system sets it a part in a different way. I would say this is enough of a difference between your ideas. In this project it is all about the details!

Madeline Reidyowner
Jess
over 4 years ago

Thanks Jess! I appreciate the feedback. I wasn't too sure about the similarities between this and City Care, as there was little description, but I thought it was more about emotional support for patients, while I'm hoping that this project is more about a practical and streamlined system of organizing a call for help specifically in an emergency situation.

Vanda Dobrescu
over 4 years ago

I like the concept of it: using the community to rely on. But however, from my point of view, I believe that people would not like to take on other's responsibility without having an incentive that compels them to do so. On the other hand, it depends on how strong the community is. The concept is interesting, thou there are a lot of details that you should consider, for example : how do you determine the time that the application takes to send the request, so that it would avoid false alarms.

Thanks Vanda! Those are all good things to consider, and you are right, maybe there needs to be an incentive included and the ability to avoid unnecessary false alarms. I guess maybe the idea of compensating people, like Task Rabbit, could take away the sense of community spirit, but maybe another rewards system could be put into place that benefits individuals or the community as a whole, such as partnerships with local gyms, fitness centers or health-oriented businesses, so users receive discounts, which promotes the wellbeing of the community.

Kah Khiong Lee
over 4 years ago

The Chinese Proverbs does explain " a water from far way can't put off fire near you!" The neighbors is the quickest help we can get! Good thinking!

That's so lovely, thank you for sharing that and for your kind words!!

Very clever approach! I like the concept and the visuals! Best of luck! :)

Madeline Reidyowner
Mariya_
about 4 years ago

thank you so much for the positive words!!

I don't think only that caregiver will go away and left person unprotected I mean phone off on the plane, that will be a bit irresponsible.

I would change plane for a common situation like underground or traffic. And one more question, are you going to give all neighbours keys to your home. I think you have to establish here primary contact neighbours. Who live and work nearest to the place where a person lives and you trusted them with your keys or code entrance. This kind of person has to be fully reliable. This project is for communities where people know each other for a very long time. What you will do for big cities like New york or London. How to find friendly neighbours there?. I like really the idea about the neighbours caring for each other.Good luck!

Madeline Reidyowner
joyleen
about 4 years ago

Thanks for your feedback and questions! So the plane scenario is more as if the caregiver is traveling or knowingly temporarily out of service, so they can adjust their settings so that their neighbors can receive notifications from the home security system instead. This is an application designed for the early-middle phase of caring, where a patient is not yet in need of full-time, live-in care, such as a person in the early stages of dementia or Alzheimer's. The neighbors don't have access or keys, they are just there to make a phone call or knock on the door to say hi and see if everything is okay. In the case of large urban areas, I actually think it isn't too far-fetched since people are often connected through landlords within a complex, and they are actually physically closer to their neighbors than in a town. When I was living in New York, I lived above my landlord's elderly mother, and I would have happily joined in this if he asked me. I also think that people in urban spaces often crave connection, and in my opinion, it's bit of a myth that people in big cities are disinterested in their neighbors. The existence and success of volunteer networks like New York Cares shows that people in large urban spaces really want to connect to their communities and neighbors and actively seek such outlets already, so I hope that they would be interested in something like this!

Hi Madeline, thank you for an answer, it looks like London is completely different. I guess all depends on a situation. Good luck with your concept!

Humble and generous idea, I like it! I have to agree with Joyleen about the security problems it poses, but nonetheless good luck!

Thank you for your kind words!

I like everything about this project, the visual, the concept and how you developed all into an app that I'd love to had when I was in a caregiver situation. Good job!

Thank you for the feedback! I'm glad that you would have used this system!

ElGuero
about 4 years ago

Good idea! I would have integrated a professional alert (emergeny buttom for police or ambulance). What do you think? Best wishes, El Guero

Madeline Reidyowner
ElGuero
about 4 years ago

Thank you for your feedback and suggestions! I thought about that, but this is in itself not a design for the home sensory system or meant to bypass a smart home system, it is meant as a supplementary application or for anytime assistance. A decision can be made on a case-by-case basis to call an ambulance in the event of an emergency, but I came to the conclusion that it would be counterproductive to bypass or obstruct smart home technology systems, because every sensory system functions differently, and there could be the risk of a double call to the police or ambulance. This was more about bringing real people back into our increasingly automated world. The anytime help feature also allows caretakers to use it for even simpler purposes, like if they are stuck somewhere and the patient needs something, but that feature is not meant for extreme emergency scenarios where they should directly call for assistance.

lemo
about 4 years ago

I think this can be very effective solution ;)

emic
about 4 years ago

Like the concept, thou i find it hard to imagine it in practice. Your solution is basically some of the ideas on the contest brought toghether. Nice work!

Vlad Andrei Popa
about 4 years ago

Claudiu PANTIRU
about 4 years ago

Sabin Prodan
about 4 years ago

toribio quintero
about 4 years ago

Agnes Kato
about 4 years ago 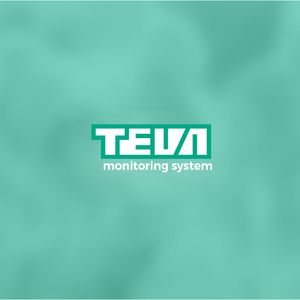 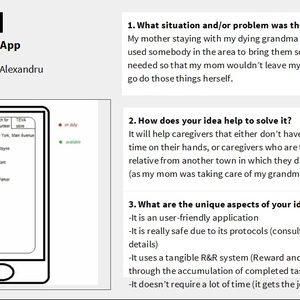 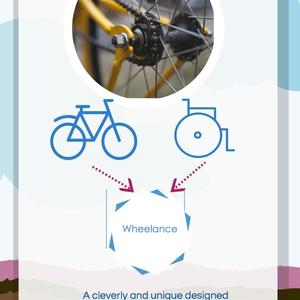 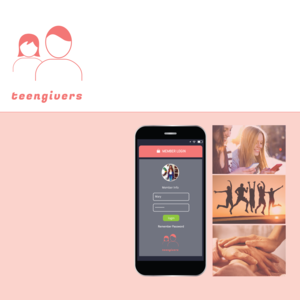