The idea is simple. We wanted to create a memorial to honor the extinct species of plants and animals. Some of them are extinct because of the human factor and some are not, but that is not relevant here. What is relevant is that everyone speaks about those species but no one has payed respect to them. After all, they are no longer here and Deutschebahn is making sure that the public become aware of their role in nature and the effect people have on it.

So, this Memorial in honor of extinct species was the next logical step for DB, the point where a company that does so much to protect the environment, gives another perspective to people, showing them how they treat those who surround them and what to do so it does not happen again.

We named this Memorial "DB Green Portal". Why portal? Simply because of the associations that a monolith like this one has. One of them is the link between the mysterious black monolith that actually serves as space ship and which appeared in 2001 A Space Odyssey. The other association is that - DB can now be perceived as a portal - a portal that takes you from A to B, just like the service DB is actually providing.

This modern artistic installation is a part of an integrated campaign. Once installed, it would be followed by a PR campaign. The memorial itself has a link to a web site www.dbgreenportal.com, a place that explains the story behind this memorial, and invites people to interact. Through this site DB would send a call out for anyone who wants to plant and "adopt" a tree. This is a continuation of already established Internet campaign (the animation that can be found on www.dbecoprogam.com). Similar to a campaign where one can "adopt" and sponsor a dolphin, in this campaign one can send a request to DB asking to plant a tree in their name. The sort of tree would be picked by a visitor to a site, he/she could choose which tree to plant according to a place on Earth that needs that sort of tree. Visitors would have to leave their name and contact email address. They would also be asked to spread the word across.

How does this installation work?

The installation is based on an environmentally friendly principle. The frame of the monolith is implemented with solar panels which power the installation throughout 24 hours. This ensures that the energy provided is coming exclusively from a natural source. The concept of the monolith is in compliance with nature as well, as it has chameleon-like traits. As you can see from the images posted, only the frame is visible to the naked eye. The rest is seemingly transparent, as the installation gives an impression of transparency. This is achieved by placing two cameras, one on each side of the monolith. Both cameras project the picture from their opposite sides onto the two large screens - the front and the back. This gives a transparent impression.

Since the monolith consists out of two large screens which cover it almost entirely, the installation will not interfere with the environment that surrounds it but will automatically become the integral part of that environment. The point at which this installation becomes "alive" is when a person touches it. This is based on the touch-screen principle and is again, very simple to make.  The moment a person touches it, it reveals information about the extinct species, albeit animals or plants and those are associated with the continent to which the species used to belong to. This information is visible for five minutes, after which the screen goes back to being transparent. This ensures that the energy needed to obtain this is used sparingly and efficiently.

This project tells us how blind we can be when it comes to plants and animals, and how close to us they really are. We have the power to remove the veil of blindness and become aware of the creatures around us, as well as the environment that is essential to everyone's existence.

With the smalles amount of effort - visiting a web site and with a couple of clicks - we can become DB's companions in making this world a better place.

© All rights reserved to: JMBG 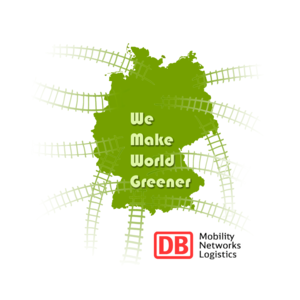 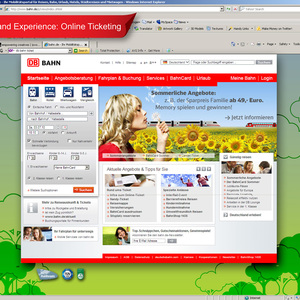 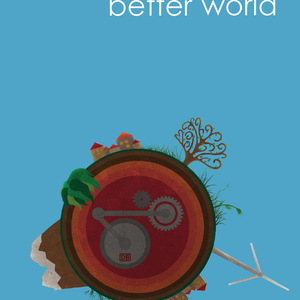 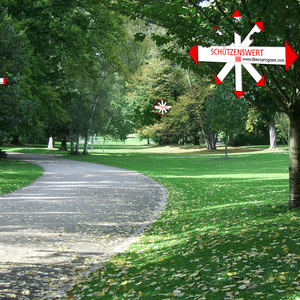