Read the BriefSee all IdeasCreatives
The PENNY Plot.
Viewing published ideas, sorted by popularity.
previousoverviewnext
Kids in the kitchen!
What to expect when kids are in the kitchen

A TV spot that advertises all sort of family products:

The spot will put a family of five, parents and their three kids at the center of the story.

From a window we can see inside of  a kitchen, kids are throwing food at each other, it's a food fight.

In in the kitchen it is a totally mass, food is every where, and the fridge is nearly empty. Three kids, two young girls and a little boy are dressed like comic/cartoon heroes each trying to manifest their hero's power by throwing food, tomatoes cakes and so on at each other.

Girl one (addressing her brother)

- Batman, show yourself and pay for village

Boy (walking toward the exit door)

- You will never catch me

As he tries to open, his parent comes into the kitchen

The mother and the father enter the kitchen and stand right at the entrance looking at one corner of the kitchen after another trying to understand what happened.

As the father tries to clause the door, a pice of cake that was suspended against the wall suddenly falls on his head than fills in front head.

Father (while wiping the cake off his face)

The two girl, a little ashamed of their action,� look at each other with a conspiracy look and say at same time;

Grisl: It was all Handy's fault, he distorted our castle!

© All rights reserved to: miggraphic 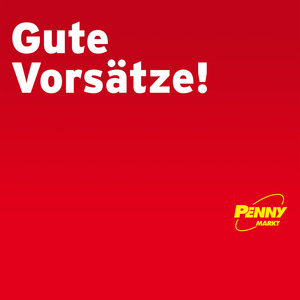 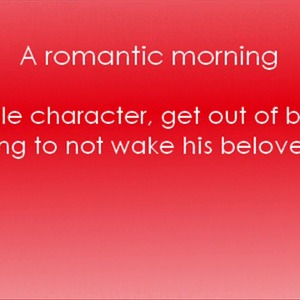 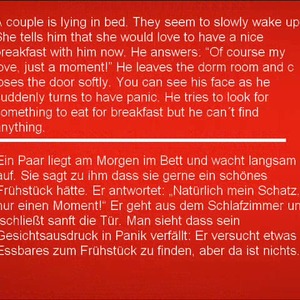 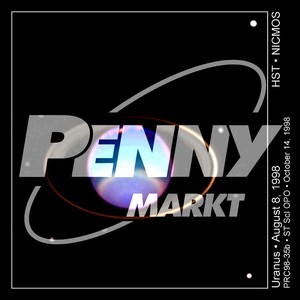