point 1.  Create or use a theatre social media network
- after enjoying a fine play or looking over the plays poster , people get a special delivery - designed on the spot - invitation to join the theatre social network.
point 2.  Offer each member a name for their future theatre character and let them create the personality and history behind it

- the name's are  aleatory created and offered - no possibility to change them,
- the user can create the story and personality of the character
- their secret future identity
- the personality they never had
- the person they most admire  : a parent, a friend, a relative, a teacher
point 3.  Using part of the created characters or all the character' from that week create a story
- create a story from 0 to 100% including as many compatible characters as possible
- each week respond to the challenge : based on a given play, story, old tale - update it to the present time
-  receive help from known authors, actors but without direct action over the story evolution
point 4.  Storm the streets, buildings, air, sea,  and put that story in action, the members becoming the characters
- get acting lessons, over the play in cause
- choose the best time and location to put the play in action - based on people's daily routine, and against or pro they're mood.
Example : a SMTN (Social Media Theater Network) user, tells his fellow SMTN users :  - My colleagues at work, are getting bored between 14 and 16 o'clock - they tend to loose they're time playing facebook games, lets set-up a interactive play and bring up they're spirit
Response     - Let's do it, 5 days to create it, 3 days to practice it and 2 hours to make them love us. - using the extreme stage -
point 5.  Each week repeat points 2 to 4
- different characters, different plays, different locations - same destination : wherever theater is needed
You've been waiting for the last touch - the unique touch :)
wait no more here it is :  Extreme theatre made by crowd.
what you need :  people in love of extreme sports and not only ,  ropes, climbing equipment,  extreme sport cameras and for the first act - one of
http://en.wikipedia.org/wiki/List_of_tallest_buildings_in_Germany
play stage - between any floor above the 10th floor, on the outside.
audience - on the same floor - inside or outside the building.
With this update is no more just about the play, the stage is important too
first chapter can be in the market,
next - at the tenth level of the building,
next - under the water,
next - on a moving vehicle.
Can the audience follow them?
The creators define they're game and the courts. The audience lives a play of thrill
update:    ExtremeSMTN challenge : 30 days to write a play script - 30 days to "play" it in front of the crowd, "Can you do it ?"    -    movement takes place in each city of Germany  - when:  once each 6 month.
Brainstormed thanks to Schauglas
Thanks to :     http://www.scriptfrenzy.org/
© All rights reserved to: Tiberiu 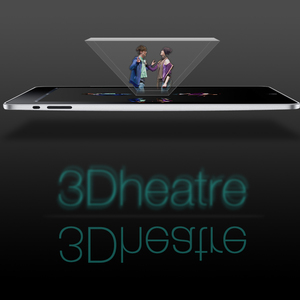 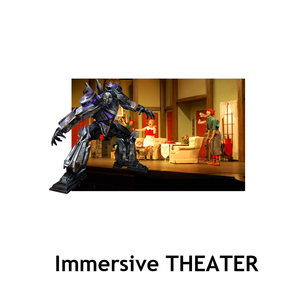 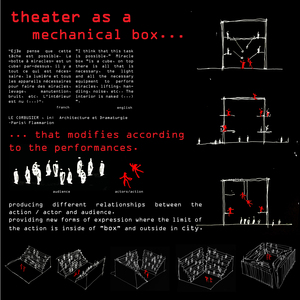 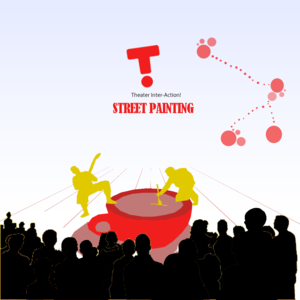