The relationship to our cities is a complex one, in them we are born; we are praised, punished, in them we become. Our relationship to cities, in a Freudian way, is like the relationship to our mothers. Naked City, Invisible You seeks to provoke the audience by offering the possibility to experience theater in unconventional urban spaces. Performances take place inside spaces that are mythologized by the urban imaginary, and traditionally forbidden for the common citizen; jails, churches, courts, abandoned places... will serve as stages for an intimate encounter with fiction that will bend realities. Cities have cleavages, knowing the city is finding passages to unique places within, new places that resonate consciously, and subconsciously within us.

There will be only one audience member at a time; the spectator is invisible to the actors, and is free to walk around the space were the performance takes place, free to adopt any visual point of view, and no longer protected for the fourth wall, it is inevitably absorbed by the story.

In a jail for example, the audience member smells, hears, and sees a jail. What does it feel o be inside a �high security Jail� filled up with very dangerous prisoners, how would it be to listen, from their own mouths, accounts of their crimes? The audience rotates among different cells, avoiding having two viewers in the same space at the same time. Even though the performances take place in a limited number of rooms of the jail, for the audience, due to its own uncertainty, the story takes place in the whole building. The spectator is not able to distinguish what is part of the show from what is not.

In an old theater, for example, one audience member enters the theater. There is a fake audience (it doesn't have to be big) a show will star as it suppose to, then the audience member is guided to other places in the theater, where stories are unfolding. The audience member goes to the back of the curtain, guided by the only character that can see him/her (and appears only when necessary).  The spectator watches stories unfolding not only on the stage, but also back stage, in the dressing rooms, etc.

Naked City Invisible You is a joint effort between theater creators, state institutions, and the private sector. The sponsors will collaborate with organizational effort, assuming part of the cost, and providing access within to their buildings. Public acknowledgment of their effort should be socially rewarding. We emphasize the meaning that the building, or location has in adding attractive to the performances Making this shows in just in any building will not have the desired effect, unless there is some criteria. The right location should cater the spirit of adventure, and defiance always present in youth. Also, we try putting to good use the discontent, and disregard that exists at the social and institutional level with authorities in these days. Can this be some sort of soft revenge, or social catharsis? Any advertising campaign should operate within this principles; art intervening the spaces of �the establishment�-creating a temporary disruption in the urban narrative of power, and giving the chance to recreate what happens, or what we wish to happen within those walls. In this sense, a flash mob, in real life, or online, and even an idea like the Nocturnal Theater Truck, would be a great vehicle to promote Naked City Invisible You.

Our proposal for enhanced reality is the location itself, its symbolic charge, its social meaning.

The Cost: The shows, in their busiest days would have sessions of eight hours a day, each 20 minutes taking one to three audience members, which will be rotated every 20 minutes (the cost of the ticket 25 Euros one person 15 Euros more than one? That gives us a range between 1080 and 600 a day). Obviously this is not a commercial success, something we stated from the beginning.

The benefit: We will get involved university�s theater departments, drama students, and other academics, by offering them the chance to create the contents for these plays, and the chance to participate in this real life experience. We see in this strategy not only a solution to find dependable quality content, but also the potential to engage young audiences by using the already established students networks  to promote the events. We believe in  giving a new air to this unique art form, without having to sacrifice its principles. We believe our idea enhances the experience for the audience, and the artists. 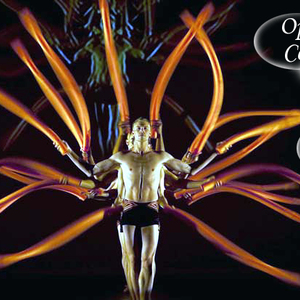 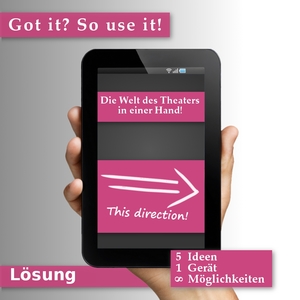 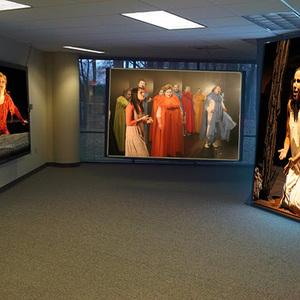 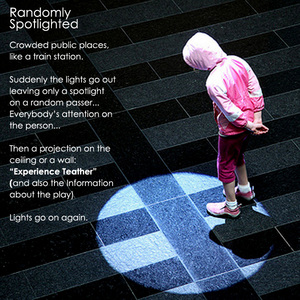