Other (Most areas around the world. General population.)

Power around the world is being produced and transported trough numerous methods, but all of them require not only a large investment in time and resources, but also in space. More space is being converted to suite or energy needs, the extraction of fuel for energy production like coal, the modification of water systems in order to produce hydro-electric energy, and conversion of huge fields so they can be used for the production of wind and solar power.

This problem leads not only to damage to the environment but large surfaces of land to be converted and modified, and large amount of resources to used just to sustain our energy needs.

So if areas like cities, towns, industrial areas and other could produce their own electricity this would reduce the environmental impact, and free up huge amounts of spaces for other proposes, be it for other development projects or just to preserve them.

The Electro-Tree is a structure designed not only to fit in any environment as a design element but also, with other Electro-Trees as a group provide a area with the necessary power.

The trees are all connected together using a underground wire system and intelligently managed by monitoring stations.

They contain a a tube or series that contain a genetically modified algae that extracts hydrogen from water and fuels a fuel cell in order to produce power.

This idea can be used in almost any area of the world since sun or air are both available.

They can be used in a group of multiple stations, or a bigger dedicate structure.

It solves the problem of transporting and production of hydrogen a volatile element.

The algae splits the water into oxygen and hydrogen and uses the hydrogen with a fuel cell to produce electricity and water.

Mounted on buildings they can also be used to heating for the structure.

They can send energy trough the underground wires or wireless power trough the mounted antennas.

A different possible design for the Electro-Tree

The system is mounted throuought the area.

The algae use solar power during the day and air during the night in order to separate hydrogen and oxygen from water.

The hydrogen is used with a small fuel cell in order to produce power, power that can be either transited trough a more wired conventional power grid, or wireless trough the wireless power transmitter antennas mounted on the "tree" within a certain area.

This solves the 2 major problems with hydrogen, it's production, and more important its storage/transportation since that is the most dangerous part of hydrogen.

Being made locally and used immediately this practically eliminates the risks.

© All rights reserved to: George C. 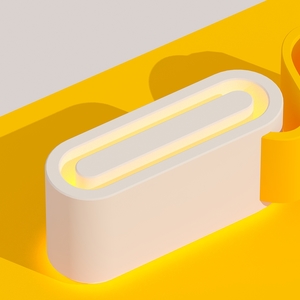 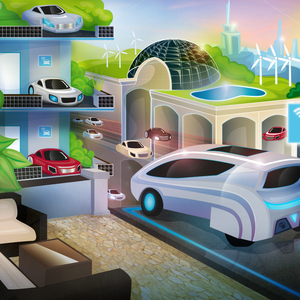 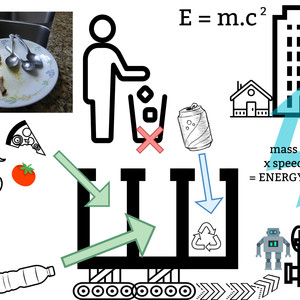 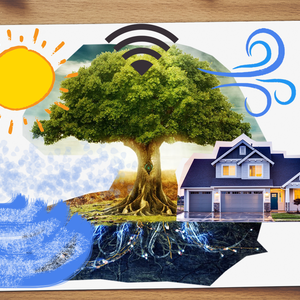