Dr. Masaru Emoto was born in 1943 in Yokohama, Japan. He founded the company in 1986 IMH (IMH Corporation) in Tokyo. In October 1992 he was appointed doctor of alternative medicine by the International Open University (Open International University).
Dr. Emoto has done an extensive set of experiments on how water crystallizes (freezes) and forms, the arrangement of water crystals when it freezes. Thus, he observed that ice crystals form is different, depending on the source of that specific sample of water: mountain spring, lakes, Japan, France, Antarctica, New Zeeland etc
Dr. Emoto found that crystal form can be influenced by the music that water experiment is performed on : Bach, Chopin, Mozart, healing music, folklore music, tibetan music, heavy metal music.
Another way to influence how the crystallization of water, often used by Emoto, is to stick a note on something that is written on a glass with water. The ticket is stuck with the writing inside, like a label attached to reverse. The results were amazing, unexpected. It was concluded that every word that designates an action, a feeling, a mood, an attitude, a certain religion, etc.. determine a specific form, only ice crystals.
Another experiment has proved the very tangible power of prayer.After father Kato Hoki, the highest ranking priest of the temple Jyuhouin made a hour long prayer a hexagonal structure apeared on the frozen water crystal.
So what we would have here:
- water's global value, being needed everywhere on the planet - depicted in the specific forms of crystals relative to the places they appear.
- it's sensibility to diversity
- it's sensibily to emotions
- it's sensibility to creative human actions (art and religion) - a counter point and antithesis of destructive action, of industrial poisoning.
- distinct graphic representations for each one of them.
Relative to the region country etc /  the religion (s) of the region ( i admit this may be tricky :)) ) the Vapour would be sold the company may arrange for simple experiments in order to determine a basic graphic form that would be capture by artist into the image the company is looking for.
(My image is for illustration only.)

© All rights reserved to: MRazvan 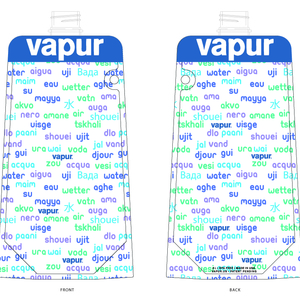 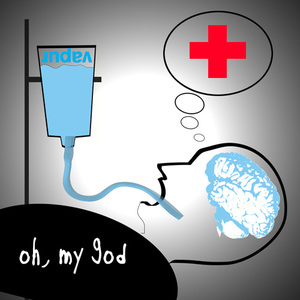 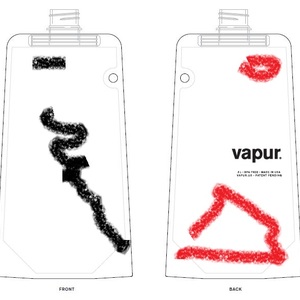 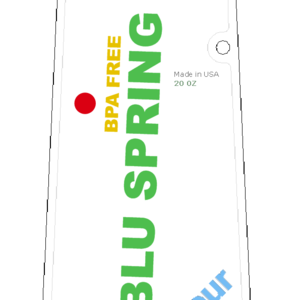