I wanted to do a stylish unisex series based on famous weaves, patterns and prints used in the fashion and clothing industry. Here's starting with the houndstooth weave.

I deliberately kept the colours solid black and white so as to enhance the weave/pattern. The vapur name appears as a garment label, as do the legal details on the reverse.

© All rights reserved to: hauptbahnhof

Nice idea! How about stitches around the area? I like about the cleverness of the brand and the legal details on the label. Sweet!

Great idea! I must admit, I simply love your style. ;o)

Have you seen the link they gave us on the briefing site? There actually was an example with a burbury pattern on it - but I think it´s okay to move on in a similar direction. Your "vapur-label" is a grand idea. ;o)

Love the simplicity and the unisex idea. I think that it's not always easy to design for both sexes - but this also appeals to the fashion conscious as well ;)

zap
over 9 years ago

Ha. Nice style. Could be used for cocktails too ;)

reminds me a lot of chanel.
Try something original

@Theographix : I'm happy it reminds you of a fashion brand, so thanks for that!

It should probably also remind you of Alexander McQueen, Bottega Veneta, Valentino, Dior, Moschino, Nike and well, just about everyone in the fashion and textile world. Which is precisely the idea and the reason I've used it, for its fashion connotation!

The 'houndstooth' pattern, which is the technical name for the pattern you see, is the resultant of a weaving technique and a play of the warp and weft on the loom. Chanel did not invent it, and neither did anyone else. That would be like saying Dreamworks owns the moon and MGM owns the lion. It originated in Scotland and is as original or unoriginal as your grandma's style of knitting.

I do not think chanel is the author. I know however that this textur was frequently used by Chanel. Please feel free to use it , but i think it would be better, by developping something personal. In order to avoid misunderstandings. I find your fashion idea interesting, but I miss your personal touch

hauptbahnhofowner
Deleted User
over 9 years ago

Thanks for clarifying, Theographix. Maybe I took it the wrong way. I get what you mean now. You'll see more from me soon!

I like this much better than your other directions previously posted. While it does have a distinct Chanel vibe, that doesn't bother me. Definitely like the B/W with tabbed red logo. I definitely think this could work (and like the idea of different scales on front and back). What if you push the houndstooth pattern even further...maybe different colors? Maybe try some rotations in the pattern? Lots of potential here. JC

Thanks! I just updated with some new colors. Its kind of like a nice urban camouflage print now.

Nice update - personally I still like the black-and-white one most. ;o)

hauptbahnhofowner
Janne
over 9 years ago

I like the B & W patterns. It has a distinct look but can also blend into what you are wearing. The Vapur needs a design that works for wearing on the belt, as an accessory.

TRANG
over 9 years ago

Kornbeck
over 9 years ago

Super idea with the fashion patterns. What about taking it even further and decorate the bottles with a natural "garments look", like denim, silk and so on ? 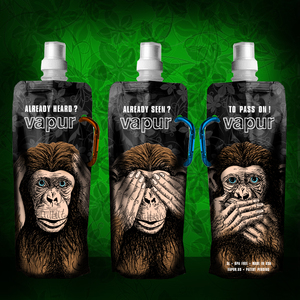 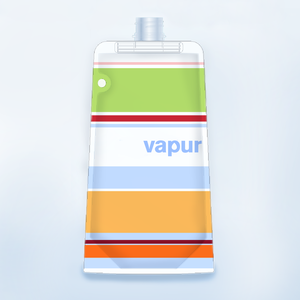 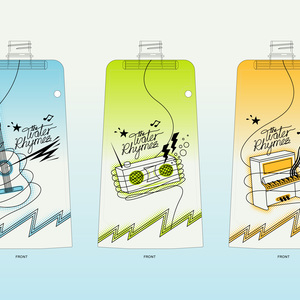 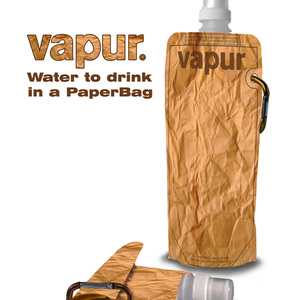