UPDATE:
This time the idea is simpler:
The Anti-Bottle is a kind of a revolution. That's why there's the slogan "the anti-bottle  -  revolution"
at the same time in the word revolution the word "evolution" is included as well. and exactly that evolution is showed in a funny way right on the bottle itself.
Hopefully this time the idea's easier to understand.The rest of the idea is already explained in the old part of the description...

---------------
The bottle is transparent on both sides and you can easily see the water gauge... the water in the picture only stands for a filled bottle....
The basic idea;
In the beginning the bottle is filled up with water and "everything's cool".
But as soon as the user drinks the water and empties the bottlethe fish in my design has to evolve and make adaption to the water-poor surrounding.
At the end of this "tree of life" it has become an ordinary saurian.
Every one of the different states comments it's destiny and "communicates" with the user.
Further, there's the slogan:
"Less Plastic - More Evolution!"This is not only a slogan matching with the design, no it's also meant like this:
In the present-day plastic (and other pollution is a heavy threat to our world and it's about time to develop, or just "evolve", some solutions.
So, in short;This bottle is a newly evolved product without polluting the world with more plastic!

© All rights reserved to: merc 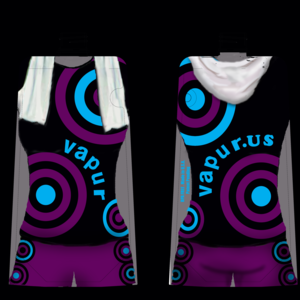 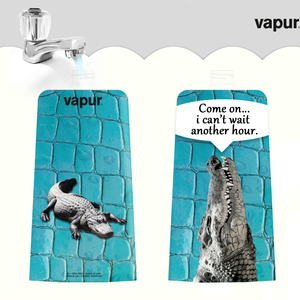 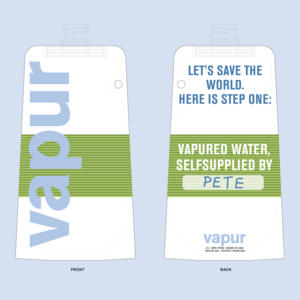 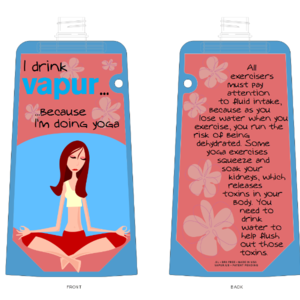