A station is conceived as an urban object , a building that outlines a three-dimensional sign distinguishable in the context in which it is inserted . The evocative power is emphasized by its plasticity and materiality : the volume is shaped by the constraints of the urban context that define the height and the perimeter , while the interiors are generated by the action of the functions contained in it. It introduces the concept of energy bubbles ( from mother earth ) as an active element that generates an action of forces inside the air space to create emptying volume : I was born a covered space bounded above by sometimes small and large, that give an overall picture of easily recognizable characterized by soft lines and " protective " . You can talk about "shell" also in terms of construction , assuming a production technique in shotcrete of metal armor . This urban space is deliberately designed as a hard object , concrete, plastically modeled , and whose iconicity becomes a strong appeal in the urban context : the reference to the earth, in terms of raw materials and warm color, does not have a hi -tech approach , but more traditional , also in terms of construction . The interior is covered but bright, is characterized by the play of light and color , generated by the reflective materials used and the action of colored lights . In this way it reinforces the dualism between an exterior very hard and essential and an interior full of surprises and at the same time friendly.

To strengthen the theme of urban place the idea of ​​using the top of the shell to the creation of a roof garden is open to the public and conceived as a place of relaxation and psycho-physical regeneration , pursuing the concept of environmental sustainability and green philosophy applied : this space also provides a pleasant view for the users of the hotel, ensuring them to have a nice view of a small urban park instead of an anonymous shed from parking . The cover has the possibility to be characterized by a very strong visual element consisting of the wind tower , whose function is to ensure energy with its chimney effect a natural replacement air continuously without the stagnation of gas bubbles ( exhaust gas ) harmful or just smelly . From the point of view of energy saving is assumed to achieve an amorphous photovoltaic solar sail , facing south-west at an angle of about 30 ° (thus optimal ) capable of transforming solar energy into electrical energy released in the network is a message strong sustainability , which is brought from an energy balance as to ensure the self-powered night lighting , indoor and outdoor .

Sustainability has also in terms of the social use of collective transport : electric and non-electric vehicles , and bicycles. In this regard, the TOTAL Station becomes a place where there are car sharing services and sharing heaps .

The functions contained in the station are from a certain point of view " traditional " : refuelling is guaranteed to traditional fuel for vehicles (gasoline, diesel, gas,) and electricity. There is a garage and a car wash.The interesting element is the strengthening of the terms of " charging ", understood in terms of energy but also psychological and physical for the people : working with the servants for vehicles ( petrol , gas, electric ) here is space for a pleasant rest of the people , waiting for the supply of their car is made (the gas and charging electric batteries have no immediate recharge times ) : people must have a way to relax , have a coffee , eating , reading a newspaper , see the network Internet , recharge the phone went astray or your computer to combat downtime continuing to work. All this in an environment that does not have to be chaotic and annoying but calm and relaxing as possible.

The proposed project falls within a context of very precise ( berlin, trapezoidal lot ... ) but the concept of a construction material of this type can be applied on any site , in a global scale , although the non- seriality guarantees an ad hoc basis for each situation .

What name are you giving your service station concept?

What makes your service station unique?

The STATION is conceived as an URBAN PLACE: it is a strong mark on the context, an urban block, able to attract the attention of people both for its particular shape and friendly both for the provision of services contained therein. The station is not a place anonymous, but creates spaces to discover curiously, by means of color, shapes and materials. Sobriety and rigor outside, surprise and wealth within.

Which services does your service station offer?

The station is a place of REGENERATION and CARE: VEHICLES Refuelling is guaranteed to traditional fuel for vehicles (gasoline, diesel, gas,) and electricity. There is a garage and a car wash. PEOPLE Is guaranteed one stop service for people who have to wait the time required refuelling: café, restaurant, retail space, toilet, reading room, internet area, area of electric charging for mobile and electronic devices, free WI-FI , medical care, park. SUSTAINABILITY bike-sharing, car-sharing

What design style are you choosing for your service station and why?

The chosen design CONTRASTS with an idea of strength and ruggedness exterior of the station (form and materials, the reference to heart) to an idea of pleasantness, softness and brightness to the interior (the reference to bubbles). The image severe exterior is in contrast with the organic geometry (but regular) of the interior, in order to create an effect of SURPRISE for the people who run these spaces colored and sculpted by light. The image is deliberately ICONIC and easily identifiable.

© All rights reserved to: Gabriele 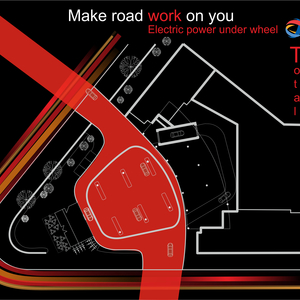 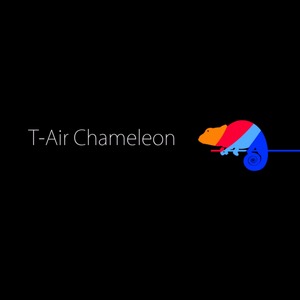 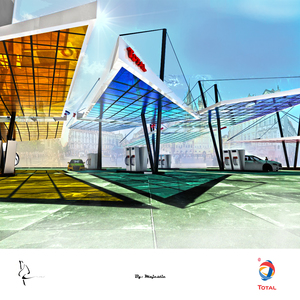 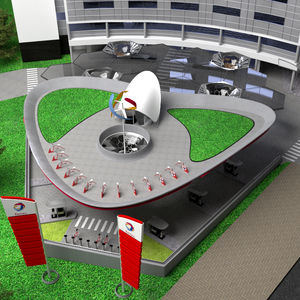