We launch the campaign offering "A LIFETIME PRIZE" by twitting #transformdowntime, each time a person tweets this, the "tv channel" will be changing LIVE at the online platform transformdowntime.de

Every 500 tweets, there would be shown a hidden channel message that tell's users about a story that they have to discover. Meanwhile the changing tv channels will have pics from bitbop tvshows and movies.

The online platform will transmit LIVE this "changing channels tv" all the time, and everytime when it gets to the new 500 tweets a new hidden message will be shown.

Everytime a user gets to the "tweet number" that changes the channel tv that shows a new hidden message, he/she will receive some special prize like merchandise, extra free bitbop services, etc).

The users will have to gather all the hidden messages to complete an entire phrase related to the campaign; the first one that completes the phrase will have to tweet it to win free lifetime mobile tv services by bitbop.

(e.g. entire phrase: "Once upon a time, Tv was not able to move; people got crazy... Modern Life was to fast... to mobile... Tv was almost dead... but a guy called Mr. Bit, one day was bopping with his mobile device... working 24/7 during days and days... Then, he discovered something... a new way to entertain himself, anywhere, anytime... he called it: Bitbop!").

Bitbop will have an app for mobile devices with the LIVE "changing channels tv" for the users look at it all the time and get attach to the campaign.

After we got the winner, he will be the main famous star actor for the next phase at director's cut.

We will tell people: "WIN MOBILE TV FOR THE REST OF YOUR LIFE" by tweeting #transformdowntime. Each time the users do it, the channels from the tv at the online platform will be changing with bitbop tv shows, but, time to time*, there will be shown hidden messages for the users to create and complete an entire phrase story for then tweet it and win the big prize**.

* The hidden messages can be shown every 500 tweets and then the tweets will have to increase to show the next messages.

- Free bitbop mobile tv services for the rest of his/her life with mobile devices included such as an iPhone4 and iPad2.

- He/She will become the main star actor of the Director's Cut phase2(this could be mandatory for him/her to receive the big prize).

Users can download the app to install it at their mobile devices to see the "changing channels tv" hidden messages to discover the entire phrase.

Users can post at their websites the banner with the "changing channels effect" to be aware of the hidden messages.

Users can see "changing channels tv" at the page and also they can share the hidden messages if they want to complete their phrases.

After bitbop receives their info, we send them back a task:

�Create the lowest teaser budget ever for a tv show or movie, everyone from his point of view depending on their own skills�.

"The story can include the winner as the main star actor or the story behind his/her life at the phase1".

2.- All should have been sent by the online community platform transformdowntime.de for posting, share and spread it to people around internet in all social networks.

3.- All the posted projects will be rated and commented by people from internet.

4.- The most rated �best� ideas will qualify to the �creative process�.

5.- In the �creative process� they will be divided in 4 groups to produce the best low budget($5,000 each) teaser tv show.

6.- The 2 winner groups that we get from the �creative process� will compete for the next REAL tv show produced by bitbop and it�s joint marketing alliances strategy co-producers.

7.- The winner will be selected by people�s final votes choice, numbers of views and times that have been shared.

8.- All will be totally viral by social networks, website, collab and sharing knowledge to create new type of tv shows plus mobile tv services. Also, everyone involved �competitors� and his two best friends will have free bitbop(to spread the campaign) while the campaign is �on air�, and also the people that spread the most our viral campaign by commenting, sharing and rating .

This is the new tv shows and movies generation...

© All rights reserved to: Xavier 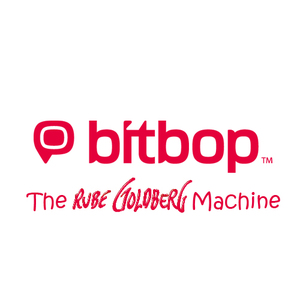 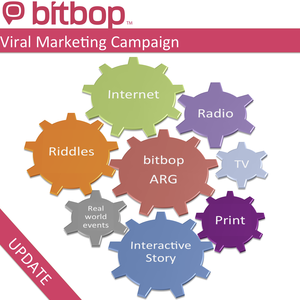 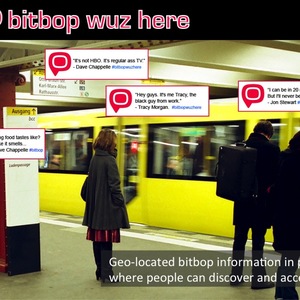 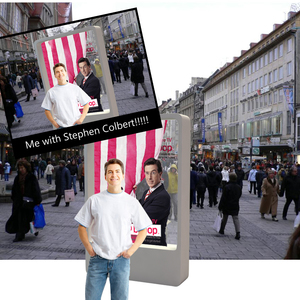