Read the BriefSee all IdeasCreatives
Party’s Over
Viewing published ideas, sorted by popularity.
previousoverviewnext
Party's Over PlacPin
A pin or badge to be used within seemingly standard advertisement to invert their meaning.

The initial idea was to create a tag or pin that could be "attached" to seemingly authentic advertisements for luxury goods and therefore invert their meaning. The logo's top section represents a placard with the demand "Party's Over" as used in demonstration rallies all over the world, while the supporting post section transforms into a "Sword of Justice". The pin design is simple enough to be employed in a multitude of ways, such as a location marker on Google Maps or satnavs; piercing items of designer clothing; a stamp on a bribe envelope full of money; spiked through the ballot sheets of a corrupt politician; a grill emblem for a new marque of super car, etc. These posters would be ideally placed in publications / websites that show genuine advertisements for the same products / services. This would be a sure way of reaching the target audience, and to make them aware that their illicit, lavish lifestyles are now potentially under threat. Anyone corrupt leisurely contemplating their next purchase would, hopefully, get a nasty shock when they finally understood what the advertisement was really for!

© All rights reserved to: leeSimon 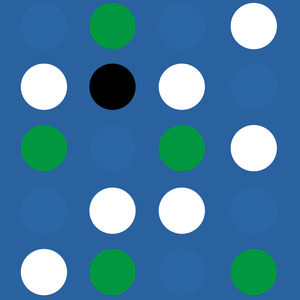 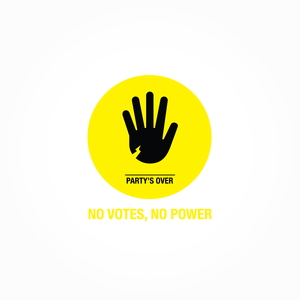