In this guerilla campaign, a transparent briefcase full of forged money will be placed at highly frequented locations such as airport terminals. While money itself is associated with power, its placement in a briefcase leads one to assume that the 'owner' did not come by the money legally (smuggling). Thus, it symbolizes greed and corruption. The location ensures that the campaign will be noticed by a wide, international audience. The hashtag #timeforjustice supports spreading via social media.

Yes. Reading about those nominated was an unpleasant and incredibly frustrating task, which took me quite some time. I am a cautious supporter of charity and aid organizations, well aware that there are black sheep with hidden agenda/ who do not forward a fair portion of donations to those in need. Still, I do support the general principle of charity organizations. Therefore, I find those who shamelessly exploit a social aid organization for their own gain infuriating.

In the course of globalization, national borders become blurred and money flows become easier and more impenetrable by the day. Corruption seems to be on the rise, but to a large extent never reaches international news reports. TI's Unmask the Corrupt campaign calls attention not only to the famous corrupt such as the FIFA officials, but also to the lesser known of the blameworthy.

The corrupt seem far away as long as they do not affect our lives directly - or at least we do not notice. TI has to address its audience (us all) on a more personal level in order to prove that corruption does affect regular people. Seeing posters among hundreds of other posters does not arouse much interest - seeing a briefcase full of money sure will.

No. The idea targets corrupt ones who enrich themselves at the expense of regular people.

A transparent briefcase full of forged money is placed at various highly frequented sites such as airport terminals. Standup displays or/and labelling on the briefcase itself indicates the cause. The hashtag #timeforjustice ensures spreading via social media. A QR code could be used to transfer the web link of TI's webpage to mobile phones.

© All rights reserved to: Una

Dear Una, it is great to see you on board! Thanks for uploading your idea. Let's see the details:

Also - I think you have made an interesting point about the campaign in general: " The corrupt seem far away as long as they do not affect our lives directly (..) TI has to address its audience (us all) on a more personal level in order to prove that corruption does affect regular poeople. " I just wanted to repeat that, maybe it's a good thought for others too when working on their campaign ideas.

Thank you so much for the comprehensive comment dear Dora! I agree with you that it might be more effective if the objects are not directly labelled, so that the on-lookers would be more intrigued. I will adjust the idea soon :))

Dora
Dora
over 4 years ago

Hi Una! Happy New year :) Are you still on updating this one?

That would turn people's heads no doubt:) Just inform the airport authorities about the campaign or you will have troubles over the left lagage:) Great concept here!!!

Jaime Moroldo Lira
over 4 years ago

I like it. It would be interesting to see the reaction of people to see the suitcase.

Bogdan Tanase-Marinescu
over 4 years ago

Tis could be a very impactful concept! Great thinking!

Epure Lazar Mihail
over 4 years ago

Very good! Powerful impact and easy to implement! Sooo curious to see people's reaction on this!

Mariya_
Mariya_
over 4 years ago

Sebastian Faulkner
over 4 years ago

joyleen
over 4 years ago

Bogdan Tanase-Marinescu
over 4 years ago

Great work Una.Congrats to you!

Luis Gutiérrez
over 4 years ago

AWESOME!!! CONGRAAAAAATS FOR YOUR CC AWARD!!! :)

key
over 4 years ago 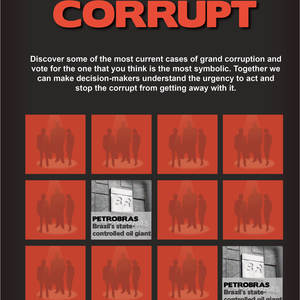 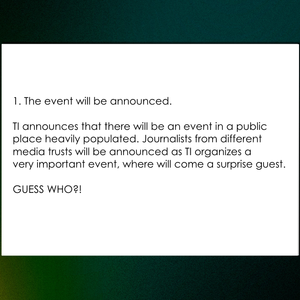 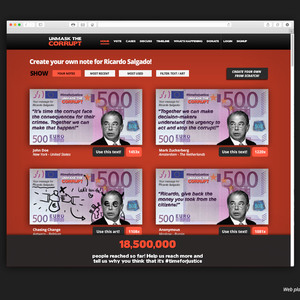 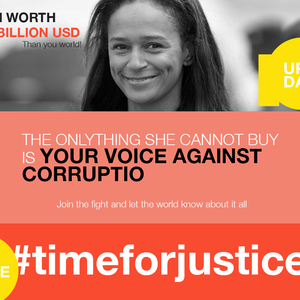