Read the BriefSee all IdeasCreatives
Upcycle the Bridge
Viewing published ideas, sorted by popularity.
previousoverviewnext
Bridge to the River
This proposal seeks to repurpose the Linz railway bridge as a distinctive public art piece.
1/6
123456
1/6

The structural units from the Linz railway bridge are to be rearranged in an ordered grid at varying heights so as to create the appearance of a flowing surface. The many parts work as one to form a unified artifact. The distinctive bridge which once welcomed boats making their way along the Danube would once again greet them from the bank of the river, a distinctive element in its own right. The sculpture intends to activate the waterfront park, an escape from the city within the city.

What is the name of your concept?

Bridge to the River

Which of the three suggested areas are you choosing for your concept? (the Donaulände public park, the port area or the mouth of Traun River)?

What is the public function of your concept?

Besides functioning as a work of art, the piece is intended to be a catalyst for social activity. It is intended to be a place of impromptu social events from picnics to small performances to a simple walk in the park. The sculpture would still act as a 'bridge', bringing people from more active parts of the city to a new park by the river.

How are the parts of the old railway bridge visible in your concept?

The work consists solely of repurposed structural units of the bridge.

© All rights reserved to: lnaegele 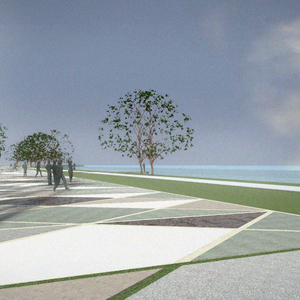 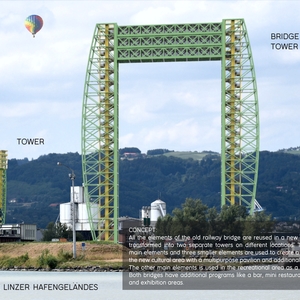 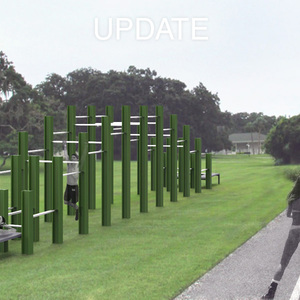 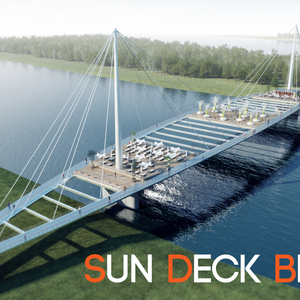