VictorinoxRead the BriefSee all IdeasCreatives
Your Swiss Army Knife 2017
Viewing published ideas, sorted by popularity.
previousoverviewnext
Traditionally Loyal
Inspired from the history of the Romanian people, this design is a fresh take on the Dacian Draco.
1/8
12345678
1/8

The Dacian Draco was the standard ensign of troops of the ancient Dacian people. Their homeland later became part of the Roman Empire which established the foundation of the Romanian culture. Even though historians refer to the original as depicting a dragon or serpent, it is traditionally described as resembling a wolf's head, thus the ideas of strength and loyalty, both inspired by the Swiss Army Knife. The hollow wolf's head was mounted on a pole with a colorful fabric tube affixed at the rear. It's purpose was to be held up into the wind where it filled with air and gave the impression it was alive while making a shrill sound as the wind passed through its strips of material. In my design, I tried to incorporate the abundance of color and the symbol of the wolf in a manner which would highlight the artistic aspect of the standard, rather than it's combat purpose.

I chose a wolf and incorporated it into a piece resembling the ancient standard of the Dacian people, the Dacian Draco. The wolf is a symbol of courage, strength and loyalty. When you carry a Swiss Army Knife you expect it to be a faithful companion, and I believe that the image of a wolf manages to convey this message.

The Dacian people, the ancestors of the Romanian people used the wolf as their combat standard.

My designs tells a story of adventurousness and daring; it is a personal take on the symbol of resilience that the ancestors of the Romanian people used to inspire strength among their troops.

I chose to go for a contour to suggest the animal because the aim was to tell the story of ancestors who have left their mark in history. The watercolor style was chosen to inspire the modern aspect of the design. I wanted to blend the old and the new because that's how I see the Swiss Army Knife, a faithful companion which can stand the test of time.

No third- party material was used

"Hi! I am Mihai Angheluta, I am 20 years old, and I live in Romania. I work here as a designer and I created this design for Victorinox cause I think that such an iconic item, a companion that has stood the test of time, works best with a design inspired from tradition and adapted to the modern age, a blend of the old and the new. 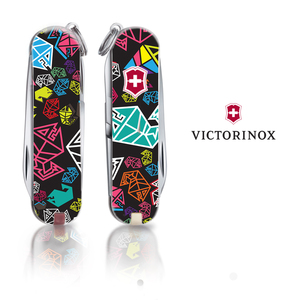 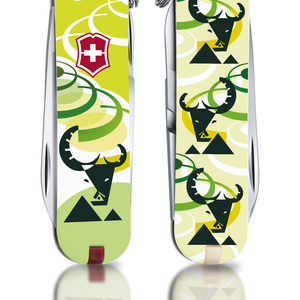 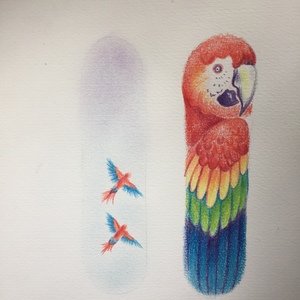 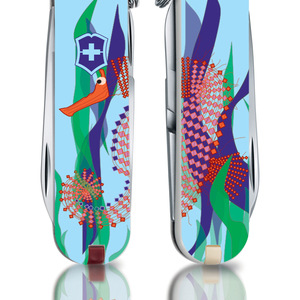