VictorinoxRead the BriefSee all IdeasCreatives
Your Swiss Army Knife 2017
Viewing published ideas, sorted by popularity.
previousoverviewnext
Auerhahn
The Design is dedicated to the western capercaillie (Auerhahn), which is found across Europe.
1/8
12345678
1/8

The design is inspired by the oldest form of embroidery – cross-stitch, which can be found all over the world but especially in Central Europe. Traditionally, cross-stitch was used to embellish items (tablecloths, traditional-style costumes, doilies etc.)

This design is also dedicated to the western capercaillie, cause people in Europe have been fascinated by this bird for centuries. It has been a fine hunting trophy for aristocrats. In the famous films starring Romy Schneider as young Empress Sissi she goes hunting with her father for a male western capercaillie. She manages to scare away the bird, which is a metaphor for the changes cause of growing to a woman (as a younger girl, this fine hunting trophy would have been really exciting for her) but now she emphasise with this bird.

The western capercaillie (Auerhahn) is a large European woodland grouse, having a black plumage and fan-shaped tail in the male. In central Europe the hunting of capercaillie was mainly reserved for aristocrats interested in collecting trophies. Due to its size and displaying behaviour (this spectacular bird is renowned for its mating display), people have been fascinated by this bird for centuries.

Hi, there. I'm an Austrian based designer/illustrator/non-dog-dog-owner/artist... I work/design/illustrate here since I started breathing. I created this design for Victorinox. It's dedicated to the western capercaillie, which is a fascinating bird. 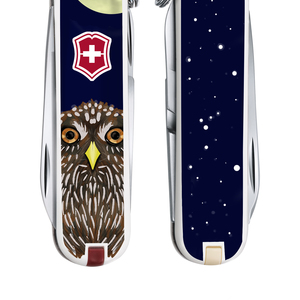 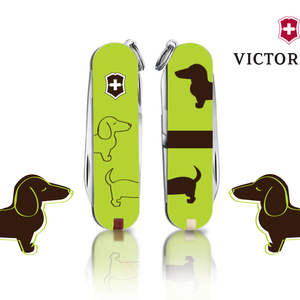 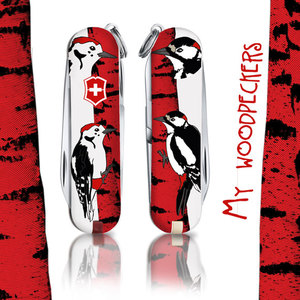 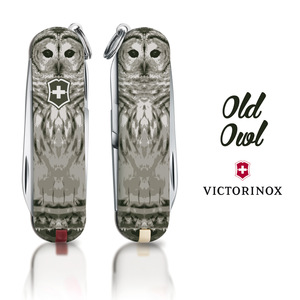