VictorinoxRead the BriefSee all IdeasCreatives
Your Swiss Army Knife 2017
Viewing published ideas, sorted by popularity.
previousoverviewnext
KOI
It's about some Koi fish in the fish pond with some water ripples arround the fishes.
1/8
12345678
1/8

There are 2 Koi's in the front. In Chinesse culture, 2 is most often considered as a good number. There is a Chinese saying: "good things come in pairs". While in the back, there are 3 Koi's. In Chinesse culture, 3 is considered as a lucky number and significant to three important stages in a man’s life (birth, marriage and death). In total, there are 5 Koi's which represent five element (Water, Fire, Earth, Wood, and Metal) in Chinese philosophy. Koi also an animal that is believed can bring a good fortune, success, prosperity, longevity, courage, ambition and perseverance. Because of that believes, everyone want to have anything related to Koi, from having koi in their home, having koi picture, Koi tattoo etc. By that, Victorinox with this Koi design on it, will be bought and collected by people. Beside the quality of Victorinox, also because of the beauty and elegance of this Koi graphic and also for their good fortune, success etc. They will also love to give it to family or friend as a gift and good wishes. In my opinion, this Koi design will have a huge market potential. As we know, in most every city in the world, there is a China town with a thick Chinese culture live there. Also, the believe about Koi is not only exist on the Chinese, Japanese or Korean culture, but it has been live in almost cultures in Asia and some America and Australia. (I don't really know in Europe, but maybe there is a believe about Koi too in Europe).

Koi fish, because of that above believe that Koi can bring good fortune, success, prosperity, longevity, courage, ambition and perseverance.

Originally it's from China then spreaded to Japan and all over the world. Here is some information about Koi https://en.wikipedia.org/wiki/Koi

Some Koi swimming in the fish pond create some water ripples from their movements.

Vector line art. Those lines will look more beautiful on the glossy surface of the knife's cover. Because PDF file doesn't work so well on the web view, so I herewith attached both PNG and PDF files

Hi, my name is Andhy. I'm so glad to take a part in the Victorinox design idea for its special edition. In this design, I try to make something difference by playing with some lines to create a beautiful and elegant image on the knife's cover.

© All rights reserved to: Andhy 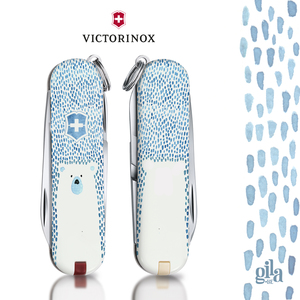 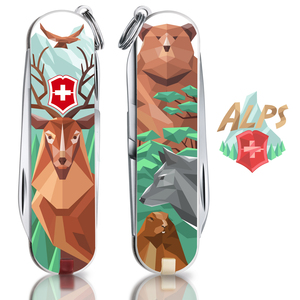 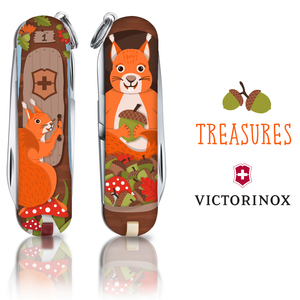