VictorinoxRead the BriefSee all IdeasCreatives
Your Swiss Army Knife 2017
Viewing published ideas, sorted by popularity.
previousoverviewnext
Brave Little Firebug Soldiers
Firebugs on a mission to bring some sparkly red in a voluptuous ocean of the summer's green.
1/8
12345678
1/8

Easily recognizable due to their striking red and black coloration, intricate geometrical patterns, firebugs are a lively and vivid part of Nature's amazing tapestry. I thought it would be quite invigorating to explore the magic of contrasting red and black colors against emerald green tones, that of strict military-like symmetry against vague and soft pastels of vegetation. Firebugs are known to inhabit Americas and Africa, but primarily found in Eurasia. They seem to favor higher elevations and flourish in ecologically pristine areas both around Swiss Alps and my native North Caucasus. Additionally, in Russian firebugs are called "Soldier-bugs" when translated literally. I thought that it would make perfect sense to have fire-red "soldier-bugs" on a Swiss Army Knife. Additionally, I thought I would take it a notch higher, as far as the visual depiction is concerned: many insects, including firebugs, tend to display phenomenon of mimicry. One can only imagine how cool that would be if in an almost phantasmagorical fashion a firebug would manifest its mimicry with a Victorinox Logo-styled pattern on its back!

Since I was a child growing up in the foothills of the Caucasus Mountains, I was always mesmerized and intrigued by firebugs in our yards and parks. Their symmetrical red-and-black ornaments would be in stark contrast to everything around them. Sometimes they would remind me of ancient African or Mayan masks, while other times the uniforms of Czar's or Prussian elite troops.

Firebugs as a symbol of a certain region or culture are currently unclaimed. Historically, eagles (both single- and double-headed), lions, bears and other larger mammals and birds fared better as representations of various countries and regions. Maybe the Swiss Army Knife brand will become interested in this fascinating insect?

Firebugs are out and about to explore the world around them. Some are enjoying sunrays, while some are intrigued by a fellow soldier with a mysterious new pattern on its uniform.

I chose simple decorative ornamental style to render my visual idea described above. Given the limited space on the sides of the knife, I decided not to clutter the image with too many details.

No third-party material was used. Everything, including the idea, images and composition are my own.

Hi, my name is Amina. I am originally from Caucasus, a picturesque region in south-western Russia, but currently living in New York City. I enjoy designing jewelry, and explore life through travel, writing, drawing, listening and contemplating.

© All rights reserved to: Amina 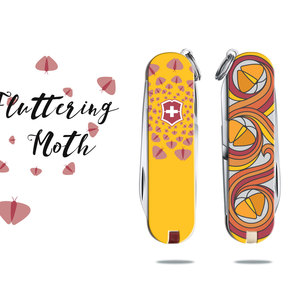 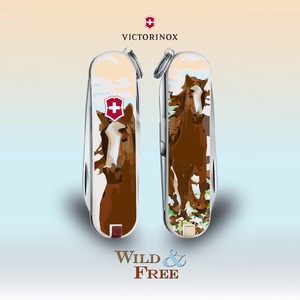 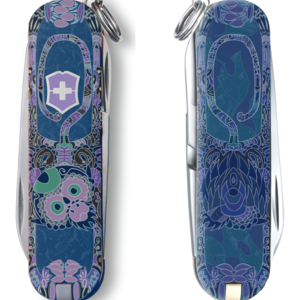 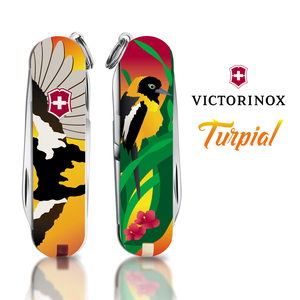