VictorinoxRead the BriefSee all IdeasCreatives
Your Swiss Army Knife 2017
Viewing published ideas, sorted by popularity.
previousoverviewnext
The Majestic Lion
The Majestic Lion - a creature emerging from the stars that symbolizes strength from the Eternity
1/8
12345678
1/8

I took the idea of the Bulgarian Lion as a starting point. The lion was a spiritual animal for proto-Bulgarians since the 9th century and they believed it guarded them from enemies. Lions are strong, but they also symbolize a number of virtues – they rule righteously, they know what’s right or wrong, they symbolize justice. That’s why the lion is a strong image for creative exploration. I incorporated it into a design emerging from an abstract background.

The lion is roaring and warns majestically with his presence. He guards and protects.

I chose the Bulgarian Lion, who was believed to have guarded spiritually the proto-Bulgarians. The Asiatic lion used to live in West, South and Central regions of Asia and in Eastern Europe in historic time; It is said that Proto-Bulgarians brought the animal to the Balkans.

The lion is a majestic creature, both strong and righteous. He’s on the side of the better, the more just; that’s why Bulgarians believed this spiritual animal was guarding them, making their victories imminent.

This design doesn’t tell any specific story, although the abstract elements emerging from the technique of digital drawing can be interpreted in more than one way.

I incorporated the roaring lion in a simple digital painting technique I’ve been drawing with. The lion is emerging from an abstract background - some shapes, the stars, or the night sky forms him, or they all swirl in mysterious paths. The design shows power and guards spiritually the Victorinox Swiss army knife’s owner.

Although the details in the design won’t be all visible when printed in actual size (as opposed to these previews here), the end result still looks whole.

Hello, I’m a web designer from Bulgaria who wants to draw more in her life. I like cats and shiny, sparkly golden things.

© All rights reserved to: elenamirchovska 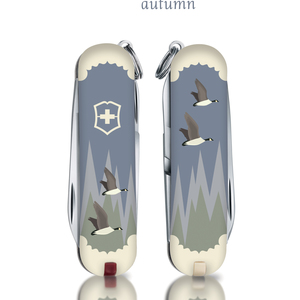 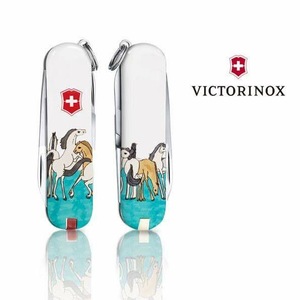 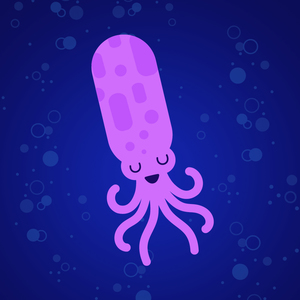 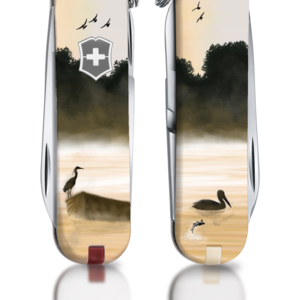