VictorinoxRead the BriefSee all IdeasCreatives
Your Swiss Army Knife 2017
Viewing published ideas, sorted by popularity.
previousoverviewnext
The Legends of the Deep
The eternal battle of the sea giants.
1/8
12345678
1/8

For hundreds of years only two words could scare the touhgest of seamen. The Leviathan and the Kraken were considered just a drunken stories by skeptics. Now we know for sure that legends you would have heard in every port tavern were true. Sailors, whalers, fishermen and pirates not only feared the giants, but also stood in awe of the greatest, strongest and most dangerous creatures to ever lurk in the immense depths. The sperm whale and the giant squid are world's largest predators. Not even the most murderous T-Rex would outscale the cachalot. Hunted mercilessly by humans this unearthly mammal would not give up without battle. The most notorious of whales, the Mocha Dick, was known for his ferocious attacks on whaling ships, some of which has been wrecked. Being equipped with the largest brain ever created by nature, the cachalot could defend himself and his herd with deadly-efficient tactics. He often swam alongside the ships on purpose in order to draw the whalers' attention away from the females. One trait distinguished Mocha Dick from other whales - he was an albino. Herman Melville's masterpiece was obviously based on him. Albino whales are being spotted regularly, even as recently as 2015 near the coast of Sardinia. If not attacked, the sperm whale is a gentle giant. Not a single agressive behaviour towards divers has ben reported. They are very compassionate, there is a documented case of sperm whales adopting and protecting a handicapped dolphin. The giant squid is cachalot's regular prey, this another collosos is one of the most mysterious creatures on Earth and it has been recorded alive just recently. But it also does not give up easily. It's frightening tentacles gave basis to the most horrific maritime legend of the Kraken. Many sperm whales has been reported to have huge scars marked by squids. This eternal battle of two incredible and astonishing sea-giants will be most probably never seen by human eye.

I have chosen the sperm whale and the giant squid for reasons described above: those creatures are a statement of Nature's unimaginable beauty and diversity, being world's largest predators number one and two but having evolved from completely different directions. What is sure, both sperm whale and giant squid are absolutely fascinating and have to be promoted and studied in order for us humans to make sure we can protect those extraordinary living monuments of Nature's biodiversity.

These creatures can be spotted in oceans and seas almost everywhere on the globe, this is also why they can be called "Animals of the World"!

It tells the story of two sea-giants, but with a very important message: being this huge and fascinating they can inspire kids and adults, and by this mean create the awareness in the subject of protection of maritime life.

I always choose the same style and follow one way - I draw a hand sketch and then I digitalize it by scanning. I don't keep the outlines and contours perfect and I do it on purpose as only computers create perfect shapes, I enjoy finding human strokes in my drawings. My goal is also to use the entire canvas and fit the visual into the actual shape of Swiss Army Knife's covers.

I am 34 years old and I come from Poland. I had known my future as graphic since I was very little, but veterinary studies were always my second option, this is why I've found this year's theme very inspiring! :)

© All rights reserved to: MartaCh 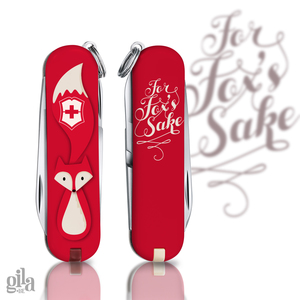 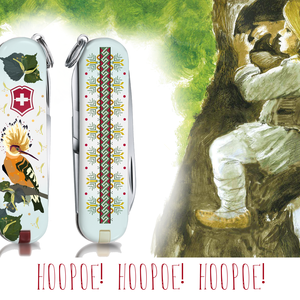 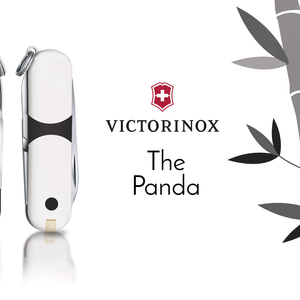 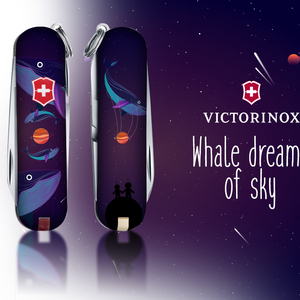