VictorinoxRead the BriefSee all IdeasCreatives
Your Swiss Army Knife 2017
Viewing published ideas, sorted by popularity.
previousoverviewnext
The Conversation
This design focuses on the most influential and significant animal celebrities of today.
1/8
12345678
1/8

The design is intended to be emotional but respectful and overall holding a positive message. The tragedy and controversy surrounding the 4 depicted animals have had the globe talking and in many cases re-evaluating stances on interaction with the animal world.

Cecil the lion - his death exposed to many the prevalence and ugliness of hunting culture in developed countries. Sudan the white rhino - the last male white rhinocerous, refuses to mate with the remaining 3 females of his species and signals the end of his species. Tilikum the orca - Involved in several tragedies in captivity, Tilikum has had a huge impact on the commercialisation of animals over the world. Harambe the gorilla - opened difficult questions regarding animals in captivity

The animals though not native to Australia (where I was born) or Switzerland (where i live), have had more impact on me due to their celebrity status and the global impression theyve made. They stand for a connected world where we have the oppurtunity to understand the animals of the world better and to interact better, by communicating.

That there is hope for the natural world when we communicate and look mistakes of the past in the face.

Low poly illustration has been used for several reasons; it is simple and clear for printing on the smallest intended knife; it reflects a currently very popular design trend and fits with the mechanical nature of the Swiss Army Knife; and it is reflective of the unclarity with which we view the animal kingdom as a whole. The background is intended to be kept white as a homage to the simplicity and purity of the animal world in comparison to our own. All illustrations are vector.

My name is Rhys Muirhead, i was born in Australia 29 years ago and I'm currently living in Switzerland, Bern. I've been freelance designing for about 6 years and though i don't tend to have time to enter competitions anymore i found it hard to resist a chance at having a design recognised by Victorinox.

© All rights reserved to: Rhys 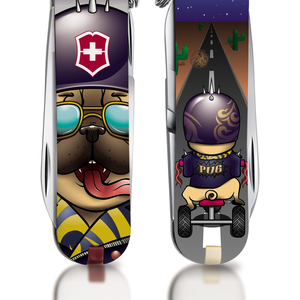 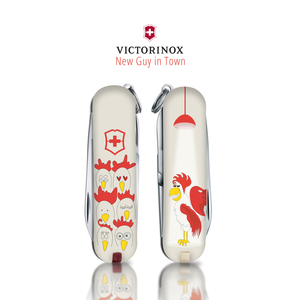 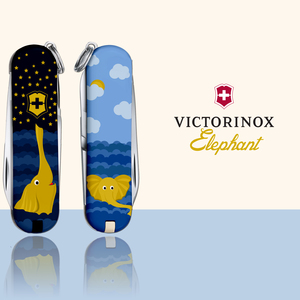 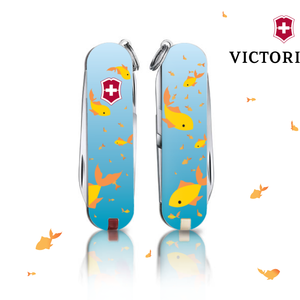