The Amazon makes up over half of the remaining rainforest area on the planet and encompasses the largest rainforest biodiversity in the world. This region deserves to be known, admired and mainly protected by all of us. I believe that circulating products with high market visibility, such as those made by Victorinox, can propagate, foster and point out universally relevant themes such as, in this case, the representation of an important ecosystem, rich in fauna and flora, but threatened by several dangers such as deforestation as well as the destruction of native indigenous communities. As for the project’s illustration, I was enticed by the challenge of creating an exuberant design in such a reduced space as that of the object in question. For the main area, I’ve created a more synthetic and general landscape of the Amazon, with trees, vines, aquatic plants and a frog, which belongs to an endangered species. I’ve decided to use a type of heliconia on the back, from which local inhabitants extract a fiber that allows the confection of clothes and useful objects.

The difficulty in creating a synthetic representation portraying the exuberance of the Amazon rainforest in an exiguous space was one of the reasons for choosing this theme. The art in the frontal area of the knife represents the landscape, made up of trees, rivers and water lilies, the Vitória-régia. A small frog in the foreground integrates the project . The rear area of the knife was selected to portray a species of Heliconia, a native plant present in the tropical forest 's landscape.

Hello! My name is Júlia Bianchi. I’m an illustrator and a freelance designer based in Belo Horizonte, Brazil. I’ve worked for over ten years as an illustrator for editorials, books and encyclopedias and have worked for approximately three years as a print designer, in collaboration with several fashion brands from all around the world.

© All rights reserved to: Julia 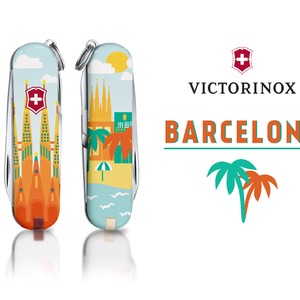 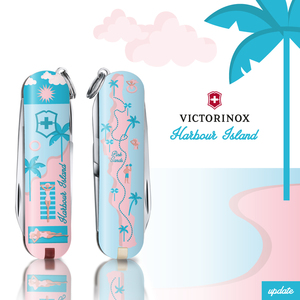 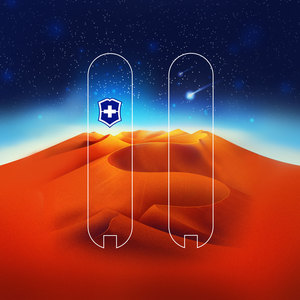