VictorinoxRead the BriefSee all IdeasCreatives
Your Swiss Army Knife 2018
Viewing published ideas, sorted by popularity.
previousoverviewnext
¡Viva Mexico!
Illustration of The Angel of Independence which is one of the most recognizable landmarks in Mexico.
1/6
123456
1/6

Built in 1910 by architect Antonio Rivas Mercado, "El Angel" was a monument to commemorate the centennial of Mexico's War of Independence. Some years after, it was made a mausoleum for the most important Independence War heroes .

In Mexico City The Angel of Independence has become a point for both celebration or protest, a place where people can go and celebrate that Mexico won a soccer game, for example. It's a bronze sculpture symbolizing law, war, justice and peace. In one hand, she holds a laurel crown symbolizing victory and in the other a broken chain, symbolizing freedom. The little marble sculptures at the button are of some of the heroes of the War of Independence. I believe it's a tribute to Mexico's history.

Hi! My name is Mónica Noguez and I am 21 years old. I live in Mexico City. Right now I'm studying Engineering in Innovation and Design at the Panamerican University. As the name of my career says, I'm not a 100% designer but I've come to love graphic design and that's why I decided to try this. I created this design for Victorinox because I think Mexico is one of the richest countries in culture and I wanted to show the modern side of it.

Yes. Is my original work.

© All rights reserved to: Mónica 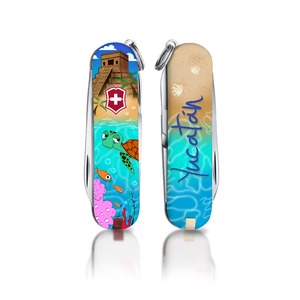 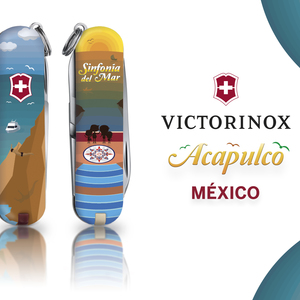 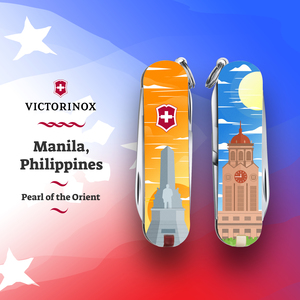 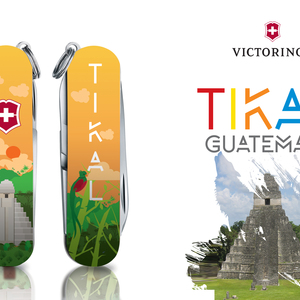