VictorinoxRead the BriefSee all IdeasCreatives
Your Swiss Army Knife 2018
Viewing published ideas, sorted by popularity.
previousoverviewnext
Frankfurt am Main GERMANY
You can fly from the airport FRANKFURT AM MAIN to all places around the world ;)
1/6
123456
1/6

This is Frankfurt am Main. On the frontside you can see the impressive skyline. Frankfurt is also called "Mainhatten" because of this beautiful skyline. The airplane is a symbol for the biggest airport in germany. Frankfurt Airport is by far the busiest airport by passenger traffic in Germany as well as the 4th busiest in Europe. Frankfurt Airport serves 293 destinations, making it the airport with the most direct routes in the world! On the backside there are some special typical features of Frankfurt: The background pattern is the pattern of the "gerippte" glas and the eagle carries the "Bembel" - the special pitcher for cider. The eagle stands for the Frankfurter coat of arms and germany of course. The skyscraper is the EZB (European central Bank) and the tram at the bottom is a special tram stop "Bockenheimer Warte". Germany has a lot of beautiful towns and places - like Berlin, Hamburg, Munich, Stuttgart, the North Sea or the Black Forest. But all this pretty places are not only germany. There are a lot of more beautiful places here nobody knows in the big world. (Do you perhaps know Remchingen? No? This is a really nice small village between Karlsruhe and Stuttgart). And personally I would love to have a typical Remchingen Victorinox Knife :) But I decided to make a design for Frankfurt am Main, because I think, this town is big and is also well-known by many people in the world because of its airport. And I think Frankfurt has earned its own knife design as well :) So I hope, my design will impress you, the jury and also the facebook community. Finger crossed :D

I created this design for Victorinox because I feel creatively connected by heart with Frankfurt am Main. It was the town where my own design career started and I can remember how impressed I was, when I saw the skyline and the skyscrapers the first time. Frankfurt am Main is a metropolis and the fifth-largest city in Germany. On the backside I wanted to show some features which everybody knows. There are a lot of more things you can find in Frankfurt. But the knife is too small to show all.

Hello world! I am Ramona Herrmann from Germany. I am Mother. I am Art-Director. I am DENKdifferent. :) I’ve been working as a designer for over 22 years. I created this design for Victorinox because I feel creatively connected by heart with Frankfurt am Main. It was the town where my own design career started and I can remember how impressed I was, when I saw the skyline and the skyscrapers the first time. Frankfurt am Main is a metropolis and the fifth-largest city in Germany. I Love it <3

I am from Remchingen, Germany

© All rights reserved to: DENKdifferent 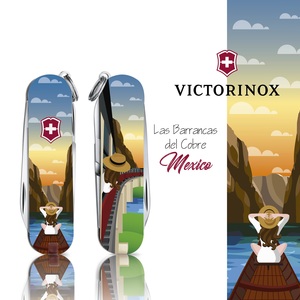 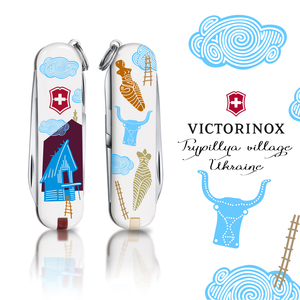 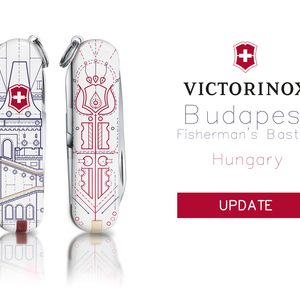 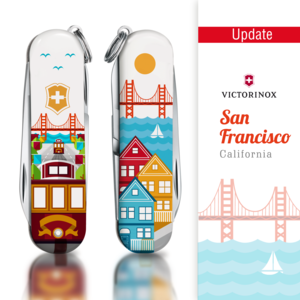