Read the BriefSee all IdeasCreatives
Washful Thinking
Viewing published ideas, sorted by popularity.
previousoverviewnext
Miele SWADS - Self Washing and Drying System
Why worry about doing the laundry? Just put it all in a basket, send it away and collect later!

Put all your clothes that you need washing (sensibles, coloured or whites), select which types of clothing you put in the basket, then send it on its way to SWADS, a collective, block of flats oriented simple, yet efficient machinery that takes care of the laundry!

You put the basket inside a central elevator, either located on the halls or inside each apartment.

Another system can be implemented, where the clothes are sorted by another set of robotic arms, but requires really good visual recognition and advanced machine learning. Possible in the future, very expensive in the present moment.

SWADS tags the laundry with a unique code, picks it up from the basket and then sends it to the washing machine via conveyor belts.

The washing machine will either be a group of 5 to 10 individual normal washing machines if the block of flats has less than 40 apartments, or 3 to 5 industrial washing machines, which have 8 compartments on the inside so you can wash 8 batches from different people all at once!

The machine will be able to know which cycle you want for your clothes from an initial survey taken before using the service.

Once the clothes are done, they are taken via conveyor belts to the drying machines, which will be in the exact same pattern as the washing machines.

After the drying process is done, the clothes are taken one batch at a time and folded item by item by robotic arms and placed on a separate conveyor belt that goes to a storage area. Here another robotic arm takes the folded clothes from each batch and puts them into the basket that they came in (basket which underwent professional cleaning on a separate line of conveyors).

The baskets are deposited in certain spots inside the storage area and a notification is sent to both the origin apartment and to the user's phone, so they know when the laundry is all ready to be picked up!

There will be a standard cost per cycle per user, so each user can use the SWADS as often or rarely as he/she wants!

© All rights reserved to: Radu-Mihai 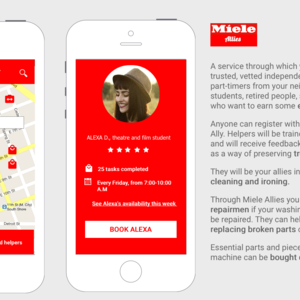 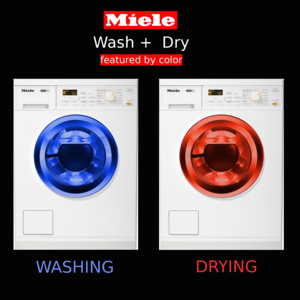 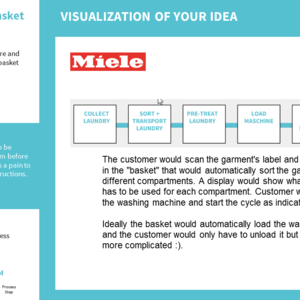 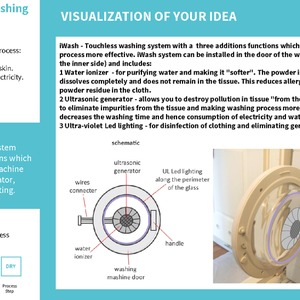