Water saving - washing waste water is being filtered and used for cleaning toilet. Design - wall mounting together with modern panels and lcd door allow unique modern design in the bathroom. Benefits - Water saving, unique design possibilities, comfortable height, door lcd touch panel for programming and displaying any content via bluetooth, inteligent powder dosage unit. Tech - The big tank is automatically connected with the traditional small toilet tank, they cooperate to use as much waste washing water as possible yet always letting little pure water at the end to avoid smelly water in the toilet. Whenever touched the door lcd panel screens control panel allowing also to open the door. It can screen any content from local wifi or play music through built in speakers.

szymonwitowner
RK_341
over 3 years ago

Thank you, means a lot RK!

Robin Bini Schneider
over 3 years ago

How does the filtering actually work? No need to get very technical but a simple description would make your idea more complete. In terms of compatibility, would users be able to install the system in existing bathrooms or would they need a whole bathroom upgrade? I am thinking about the larger water tank and the connection between washing machine and toilet.

Dear Robin, thank you for your feedback. To answer your question; the big tank is equipped with the whole filtering system. Now and then you have to take out the solid impurities and clean the filter. It's the one in the middle on my sketches. I will try to describe it in detail. All best. Szymon

szymonwitowner
joyleen
over 3 years ago

Marius Robert Zamfir
over 3 years ago

Awesome idea along with awesome presentation! Bonus points for focusing on making your concept eco-friendly! :)

Best of luck and stay creative!

Girasole
over 3 years ago

Good idea to use the water for the toilet!

szymonwitowner
Girasole
over 3 years ago

Tudor Grigore
over 3 years ago

Great idea here, sir! Very good concept - I think that best audience for your product would be people that live in developed/developing countries (areas). What I would love to see for this is a similar version that is meant to work in less pretentious environments. I think that the people who live in less developed areas of the world could greatly benefit from a water saving unit that also purifies their water and makes it drinkable, thus creating a beneficial, green circle of water usage. This version would have to be somewhat less expensive to build and maintain to make it suitable for such environments, but I think that with the right approach it can work wonders. It can be even designed to serve as a community service, rather than a family appliance, considering the social dynamics that occur in less developed communities, which tend to stick closer together and have their lives driven by a tribal-society dynamic. Good luck!

szymonwitowner
Tudor Grigore
over 3 years ago

Yes you're right, this one seems a bit luxurious but I think this is Miele's target. Otherwise we sure should take into consideration less design savy solutions for those who really need it! All best and thank you!

Indeed it is Miele's core target - but who knows when they want to expand their horizons? :D Good luck, all the best and thank you!

Nicolae Zamela
over 3 years ago

lemo
over 3 years ago

Of course, I like this recycling water concept ;) But I think, this should not stop with the used water of laundry, but should use also water from dish washing and bath-tube and shower, as this tanks need some space to consider in planning and costs...

szymonwitowner
lemo
over 3 years ago

Thank you Lemo, it's just 45 cm of bathroom space out of which 15 is usually used for toilet tank. And about cost; people who choose Miele are very good with money;) All best!!!

lemo
lemo
over 3 years ago

Thank you, given the exact measures ;) I could not see by your slides and for me as architect, planning with every cm and €, I thought it quite important ;) Good luck!

Barbu Bogdan Alexandru
over 3 years ago

Eva Wolkersdorfer
over 3 years ago

Celina Cabral
over 3 years ago

Darius Dragoi
over 3 years ago

Tina Szekely
over 3 years ago 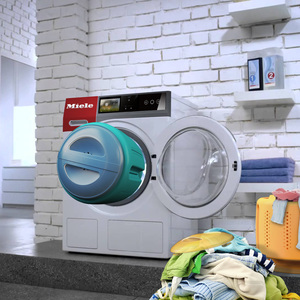 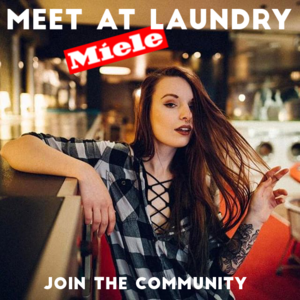 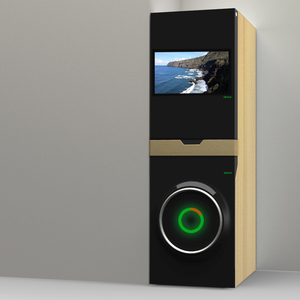 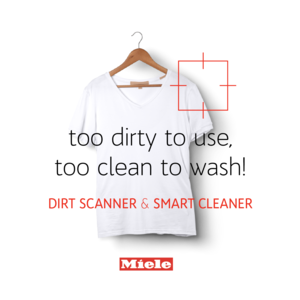