fish-less pop-up restaurants are openend in all major cities. On the menu's and within the restaurant all the essential facts about overfishing will be available, the project is to be viewed like an art installation. It will become a venue for discussions, talks and happenings about over-fishing and associated problems. No seafood will be sold...sushi will be veg, seaweed with noodles etc.., all alternatives one can think off. All dishes are payed for on a donation basis.

more to come...
© All rights reserved to: Joerg

I like the idea. But dont you think this would be really expensive? What about opening some street stands where they sell/give away alternatives?

Joerg Ludwigowner
over 9 years ago

thanks Jeroen, to answer your question: no it shouldn't cost more than running an AD campaign. It doesnt require advertising space on billboards, magazines, TV etc. As a many of us know, Berlin has many vacant retail stores available at relatively cheap rent. It will be very basic and minimalist with no expensive deco. All the food sold will go to the WWF over-fishing fund. All food will be sold on a donation basis which should attract many customers plus there aren't any tax implications for the store when money is received as a donation.

One has to view the project in the same way as an art installation, it's main function is to engage and inform guests, the interior, menu's and waiters will play the informative roles. On the menu all facts of overfishing are introduced plus the menu could end up as a mini-info-brochure to be taken home. The project has the potential to become viral by people talking about it, pedestrian traffic, youtube clips etc.

I think the store can sustain itself over a long period and could even operate profitably plus generate publicity at the same time. If these restaurants opened at the same time in over 40 locations all over europe i think WWF should receive significant feedback to the problem of over-fishing.

mgo
over 9 years ago

Joerg Ludwigowner
mgo
over 9 years ago

sole has an ambiguous meaning: soul and the fish species named sole. Meaning that eating and spending your money here will make a difference to the species sole/all fish and your human soul.

but more people know what "soul" is, rather than "sole"... just some food for thought.

uhh? sole is one of the most common fish on our plates these days...

rather than an entire pop-up restaurant, i would find a promotion activity on the streets cool. People handing out sushi without fish, tunasandwhiches without tuna, just tiny snacks, with an info flyer or info napkin to go along ;)

we know how we all hate these little tables with snacks etc. with some guy that approaches you and begs you to listen to his story, we all listen every now and again but more than often we try to avoid them.

the restaurant will hopefully be there for a long time, maybe even longer than a year, visible 24hours and open at least 18hours come rain, snow etc. At a cost of +-2000 euro a month for the shop! thats dirt cheap advertising if you ask me. Plus all overheads are covered by the food "sold"...sounds like a deal to me.

The basic idea is great, but I also have my doubts concerning the costs. You´ll have to furnish the restaurant, hire cooks and waiters etc. But I could imagine to cooperate with existing restaurants for a certain period. They could be won for the campaign and start special no-seafood-weeks. What do you think?

Joerg Ludwigowner
Janne
over 9 years ago

hi janne i was wondering what took you so long;-) cost: have we ever been asked when developing ideas at jovoto to take cost into account? isn't it primarily about the idea? i really don't want to go into detail comparing the cost of a standard ad campaign to starting a restaurant or even co-hosting the idea with certain restaurants. sure one way or another it can be done cost-effectively and the route you suggested by co-operating with restaurants could work. But like i said to Jeroen: one has to view the project in the same way as an art installation, it's main function is to engage and inform guests, the interior, menu's and waiters will play the informative roles. Therefore a stand alone pop-up restaurant will suite the idea best. later

Looks good eishjurgi. I think the impact will fade the cost! Therefore the idea is IMO worth trying.

thanx bert...yes the impact should be great and offset any cost involved

i think its a great idea. it could be the first (fast food) restaraunt to repair the food chain instead of destroying it, like macdonalds did.

if this idea can repair the foodchain is doubtful but it can contribute towards repairing it...if it became as big as macdonalds maybe it might just repair it completely. yes it could become a fast food chain why not! ...and thanx for you positive feedback sofar

by the way thanx for you heart...only discovered it now!

NUTZ
over 9 years ago

Joerg Ludwigowner
NUTZ
over 9 years ago

thanx for the positive feedback!

hanswurst
over 9 years ago

strong idea and campagne. I like the visual of the vegefish

Julea
over 9 years ago

poppy
over 9 years ago

I think it's great....great campaign idea :)

CocoS
over 9 years ago

Joerg Ludwigowner
CocoS
over 9 years ago

Your pop up store and posters look great! However, the message is still a bit off, imo.

Telling people not to eat fish at all is a bit too negative. Why not say: Explore alternatives to 'bad fish'. Rather than 'bad fish' eat vegetables - or choose the fish that is ok to eat!

Your images and basic idea still works, but the wording could be a bit more happy and 'lebensbejahend'.

Seafood for the Soul is a good claim. I do think you mean Soul, not Sole.

hi texastee.... not sure if this campaign is a meant to have a happy undertone...its a pretty serious topic. most other entries are so much more depressing imo.

the aim of the posters is to get the viewers attention first and then lead them to the stores...once at the stores all information regarding overfishing, what fish to eat and related issues will be presented on the menu and the waiters hired by WWF can do some more of the explaining to the "customers"...this is not a typical restaurant it acts more like a platform where issues of over-fishing are discussed.

I'm surprised that you still haven't discovered the ambigous(doppeldeutig) meaning in my claim...on one level we have the human soul and on the other level the fish species called sole(seezunge)...eish :-)... what i'm saying is: the food sold and eaten here is good for your soul and at the same time we are doing something good for the fish(sole). ok then, hope that helps a little.

Jhonatan Medina
about 9 years ago

clickr
about 9 years ago

puetz
about 9 years ago

I have always believed the good practical alternatives are the best approach for convincing someone to do something. So I'm strongly with you in your idea. About the feasibility - you could always replace the restaurant with some caravan-style small shop, with folding tables and chairs. You could borrow some ideas from the '300$ house' contest, when it finishes :))

thanks LOD....i'm sure a lot of people dont see this "restaurant" the way i do...this is actually meant to be an installation with WWF volunteers acting as waiters communicating the problem to "customers".... very limited, hasslefree food will be sold...like a huge pot of paella(without seafood) sushi. When i say "sold" i meant donated - all the money made will go directly to the WWF. the potential is there...pity only a few people see that 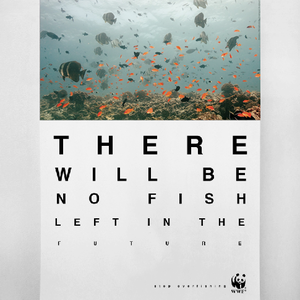 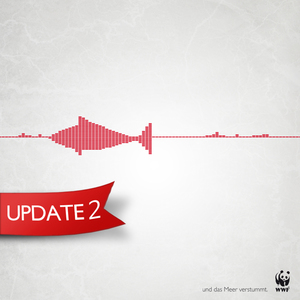