STEP 1 : PROMOTION AND INTERVENTION
The idea is to create a serie of games for different ages that have impact, interact with different groups and act like a wakening call for this issue.
1. FISHCLUE
diferent fishes mobiles placed in social places: museum, shoping, park...

a quiz and knowledge of the ocean life species
TARGET: families; and walk by people

2. FISHMARKERS
markers to promote the theme and global concept. People can play while waiting
LAUNCH: in fastfood chains like macdonalds or at sturbucks, bars, discos.
TARGET: kids, teenagers and eventualy the parents

3. FISHBOOK
aplication for facebook, a virtual world that can be created accordingly to individual preferences.
LAUNCH: google and some party ...
TARGET: social network "activists"
4. DIVE'IN
a public launch of a movie about seaworld

TARGET: all the walking people

That sounds promising. I really like your facebook idea. Could be much fun to create a huge seaworld with all sorts of creatures... I´d prefer a more colourful version though... ;o)

nice logo and concept, waiting to see how you develop it further...

Why do you not call your idea fishbook in the first place? - like your slide 2 and 3 best - slide one looks like the fish eat each other - looking forward where you take it.

thnak you all and the ideal begins and then I remember the concept of the game, that's why, i´m going to make improvments ... I also have new ideas for games of different ages like cards with fishHeroes like the pokemon cards but with different species of fish, this way the young ones can be more related to the cause and know more about sealife

BEATE
over 9 years ago

madhatter
over 9 years ago

love the designs and the idea for the game :)

I absolutely love the idea of the the "fishbook". Great wording, and a great idea!

yahp that's that was the initial idea but I didn't have time yet, another thing is to have all species and the globe only have some, but the concept is there thank you and by the way your idea is genial!!! Same for the planetboom

I think this is one of the best concepts so far. Well thought and nice visualisation too.

The last slide is the best. Only one thing: the WWF logo is missing. And maybe make it: Create a fair seaworld.

joanafowner
Bert Schipper
over 9 years ago

thank you so mutch but I've two doubts: The WWF logo is there and "create a fair seaworld" would be the second claim instead "use well our resources"? I also have one more idea that I didn't have time to make: imagine an eye make with animals like the yin and yang slide, and then something that play with the word see and sea... just ideas

UPDATE: FISHCLUE a game to be played by those who care ... imagine a shopping mall or a museum or other public places, where the sky is full of different and giant fish mobiles with name and a number, when you passed by them you will have two options: look and know a little more about the fish or if you want play the game: you will have several fishclue meeting points where you can pick your quiz and at the end you will earn a price: a fishbook with all species information and an entrance to an oceanarium or something ....

PetroFer
over 9 years ago

cool updates but you have some duplicated slides at the end??

joanafowner
Carmen Grisolia
over 9 years ago

Very interesting idea, i like because involve all people in very creatve way and interactive way... big ups!

joanafowner
War1984
over 9 years ago

outstanding graphics and a very solid concept. Let´s realise it :-)

Thank you so much Mr. NBoehning I'm pleased to see that the work are apreciated

Passi
over 9 years ago

joanafowner
Passi
over 9 years ago

BEATE
over 9 years ago

You have many ideas. Like the concept and and your design.

joanafowner
BEATE
over 9 years ago

interesting... some aspects really remind me on my idea.. http://www.jovoto.com/contests/wwf-mhmk/ideas/11502

interesting is that only know at the end of the competition you leave that kind of message .... I think if you have any doubt about who the idea is you can ask the jury of the contest to see the upload of the ideas and their upgrades. I can't precise the day you post your idea and for be fair I'm pretty sure that I voted in your idea like a good one but don't saw that similarity when I did it, perhaps because you didn't have your full idea online? but I'm also sure that my fishbook (that is the only part of the idea where I can see some similarity) was the first slide I posted so... what do you want me to say.... I don't think is a nice comment from you and if you have doubts don't leave them as an acusation is not fairplaying!!!!

buy the way your website is to inform about stcks and problems as you say: "The website 'www.mindeatingfsh' should be published as an information platform, where you can read in detail about the fish stocks and the problems." mine fishbook is a virtual seaworld were you can among other things see the environment of the fish and videos about habitats (constructiv things) nothing about stocks?? 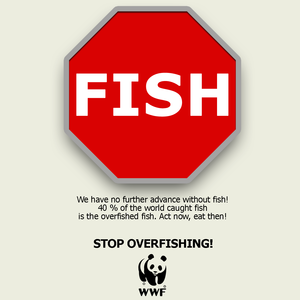 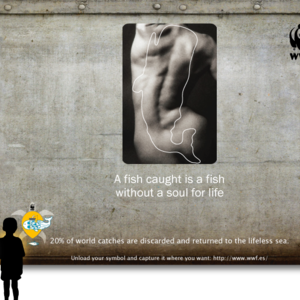