The concept is plain and simple about calling attention to people to mind their fish consumption.

In the word 'fsh' the 'i' is missing. It's a Metaphor for the rapid shrinking of certain fish-species, which might one day even extinct.

The 'i' stands for the fish species who are in jeopardy and also for the word 'i', myself.

This way everyone should feel affected.

(on a design and psychological point of view: the human brain can read words even with letters missing or mixed without a problem. so this here is quite cool... because when you take a first quick look... you might oversee the missing 'i', but on a second look... you will think... "why is that 'i' missing?" and the thinking process will start.... the whole mystery will be solved when you see the second poster or the guerilla marketing stickers... {if you didn't get in the first place})

The missing 'i' can be found again.... in a guerilla-marketing-campaign

Stickers should be produced with the slogan 'i am the only one left'. These stickers can be put on fish tanks in restaurants and on tinned fish food (f.ex. Tuna, rollmop, etc.)

* i am at least not thrown away.

* i have friends and family.

* i hope you enjoy extinction

The website 'www.mindeatingfsh' should be published as an information platform, where you can read in detail about the fish stocks and the problems.

The i-stickers will be released in a certain limitation. And the opacity of the �i� will decrease each 1000 stickers.

This way, the �i�s will be black at the beginning.... but the more stickers are given away... the more the �i� turns grey/white.

That�s a metaphor to the decrease of fish in the ocean.

The website: mindeatingfsh.com should describe the situation of the fish.
BUT not only that .... you can also find the �i� again.
There will be a list of all fish, who are in jeopardy.
When you click one. you will see infos on the fish stock left over. The �i� will be the graphical indicator of the amount left. Here again we play with the opacity of the �i�. The less stock the brighter the �i� is.... until one day it might be white... gone....

Fish food should be moulded in the shape of an 'i'.

People can put these 'i's in any open water they want.

For example in parks, rivers, lakes.

Of course they would call most attention in public parks and similar public areas, where you can find water.

This is on the one hand an eyecatcher... and on the other hand you can feed fish.

© All rights reserved to: robotpanda 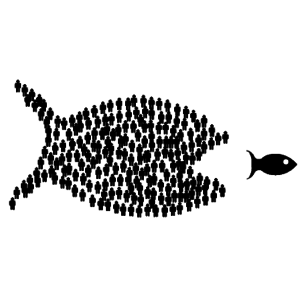 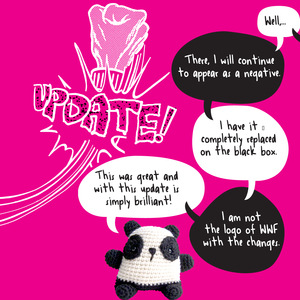 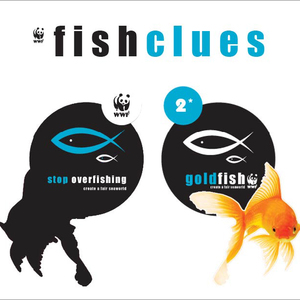 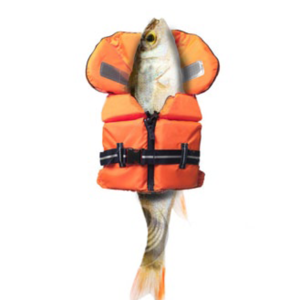