April4: some updates on the campaign name (but not really important)
and some explanations on the flickr account + some tests with french lines.
with french testings, i realize the blue action zone ("act now") must allow more writing possibilities, unless they comply with some call for action.
more flexible for various languages.
http://tinyurl.com/jphg-jovoto-wwf

-------
FISH & SHOUT
Statements
1. If the WWF launched a public contest here for a sensibilisation campaign, we can guess it was because they felt, in some way, that their traditional lobbying skills went somewhat ineffective or at least would gain to be freshened up by an unorthodox lobby language. By so, the WWF is ready to support an off-beat campaign, maybe unusual compared to their previous ones.
2. In politics, comes a time when diplomacy is no longer needed; it comes a time when the fist of injustice, stupidity, corruption, and shyness must be physically stopped (yihaaa!). This campaign aims to be the last pacific effort, before real action, by a funny but firm warning.
the campaign
the tone in writing
Our campaign involves strong captioning in a loud and humorous way (if possible). Initiated as a series of classic poster design or press frontpage, big titles styled, the campaign will hail, question, show by the proof or the absurd all the emergency to act in a responsible way toward the fish-industry to preserve the fish resources. Based on serious facts, local or global sayings, pop culture quotes, the lines will adopt various tones, from the most serious to the lightest, via some close-to-the-edge ones and will seek for the ultimate answer from the parliament : a set of strict laws on over-fishing. Imagine this as pointing a big and bright pink light onto Brussels., "no escape, dudes, gotta vote now in the right way, we're all watching you."
So, the campaign primarily targets political leaders, industries lobbyist and euro-MPs. But by its radical and funny tones, the campaign excepts as well to reach its relay targets, citizens and consumers.
Being mainly text-based, it will require big copywriting talents, whether professional or amateur. All types of humor can be explored, from various cultures, giving the campaign the power to be adopted by various countries in Europe. Note that the slogans will not only be humorous but wish to give the public information elements, instructions and arguments.
Our objective is not to move feelings, nor to shock, but to shake. Firmly. With a smile.
art direction
A fish is far less sexy and "petable" than a big wild cat. As the campaign undertakes an emergency response, let's not waste time on designing the "perfect visual that will satisfy everyone", but let's focus on the proven and flexible type solution only.
We will then adopt a minimal but legible styling: white background, one type, condensed, capitalized, and a reduced set of colors.
The message will follow a simple structure: general caption expressing the field of the main clame or any fundamental fact (pinkish-orange, actually "salmon" haha), main slogan (black, highest contrast), and a permanent bottom line calling for action (blue, the sea). Campaign's name, logo, weblinks, practical information at the bottom. The design will be sometimes adapted to allow some text variations (i.e, play on words) or to be applied on specific medias (stickers, flags, etc)
To guaranty the consistency of the art direction, and with a big local participation in mind, graphic kits shall be developed (web-based).
media
traditional
light : poster design, postcards
medium : urban advertisement boards, subway, bus stops, etc
heavy : tv, short films (theorical)
digital
light : Facebook, blog, twitter
medium : a website giving the opportunity to everyone to design its own poster (functions: poster design with campaign's type and colors, pdf export, direct printing), plus a blog were people could submit their poster for being publicly displayed, after moderation or selection, and re-used later by the community in local live actions. This website is almost mandatory in the electronic tools array.
heavy : the same website with integrated selection functions, public and jury vote, stats, twitter connected, etc.
live action
light : postcard in public spaces, tracts in the streets, and any other classic action
medium : scheduled live action targeted to specific MPs and local politics, with frank and continuous thumping on the overfishing issue.
heavy : semestrial or annual gatherings in Brussels, with maybe stand up comedians participation.
© All rights reserved to: jphg

Nice. That's a well thought through concept. The overall campaign looks awesome. Although the texts could use some development, i'm not quite sure if they are striking enough. Do you think people will get what it's about immediately if they see a poster with these texts? The third slide works best for me, that one is absolutely clear in my opinion.

Tks. Yes, the texts need some improvements, i'll update them later on. (I invited collaborators, waiting for their answer). Striking : the campaign will offer a wide range of slogans, with some immediately striking, some other less, some very serious, some other funny. But, yes, at a time, some texts will have to be selected as major ones, the best/striking/obvious will then surface.

Loud? Yes. Humorous? Could be better. Adressing politicians is a good idea. But to me this campaign is a bit too loud and simple. It´s the tone I connect with certain political parties - not so sure if this is what the WWF aims for... I also wonder how average people beyond activism might be motivated to participate. What do you think? - Just my two cent though... ;o)

jphgowner
Janne
over 9 years ago

Exactly. I admit it's a bit "limit-limit". But i keep it this way, because as i stated, if the wwf is seeking "new and striking stuff" it means that they want to see proposals that don't appear to be in their culture at first glance (and i'm not talking only about 'visuals'). And they're ready to try new things if they're seduced. If not, they would specify "image-based only, on a (n) budget for the realisation, and that can be handle by a 2 person team" .

I admit also the humour can be better on some posters. i'll try to improve all that, maybe updating some or creating new ones. Btw, i stated "humor", but in some case, it won't be there, and it will be assumed. (humor -> mood, temper, editorial ?) My project's description needs probably some correction (and the name of the campaign too. i may change it later).

Activism : hm if we deploy intelligent tools, i think we can have a pretty good success. But true that this campaign must not be a one-shot. It's flexible enough, it has been made as so, to be used for 2 years prior to 2013, with continuous changes meanwhile. This campaign is "light" to be heavily transmitted, forwarded, twisted, remixed (at least with words).

Janne
Janne
over 9 years ago

jphgowner
Janne
over 9 years ago

Tiberiu Tizu
over 9 years ago

ya ya very loud and humorous. Do you stop to read all those written campaigns or comercials? Is needed action , not words. Of words we are all tired. Words have no results and are overrated.

Quite true. But the briefing says "Develop a campaign idea through which the topic of fisheries and the marine environment is communicated to the public in such a way that encourages them to offer their active support and champion the cause of sustainable fishing and fish consumption. " which is 'words' (and images if you want). I may explore some live actions later in this campaign. But i can already answer you and the wwf if you all don't know what to do : http://tinyurl.com/4826uhp http://tinyurl.com/6go76zf (i don't mean that you dunno what to do, you or the wwf, but i mean that the job here is primarily to shape , visually and with words, a campaign whom aim to call for action. I'm not an activist and if the wwf want rally true advice in activism, they should contact who knows.)

Gustavo Moncada
over 9 years ago

I like it, there is not other way to talk about the ambient problems!!

tks! still gotta improve all this but not easy :-] 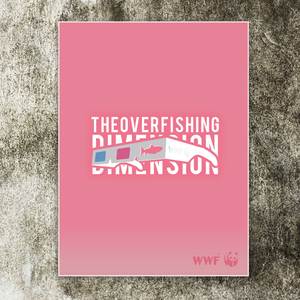 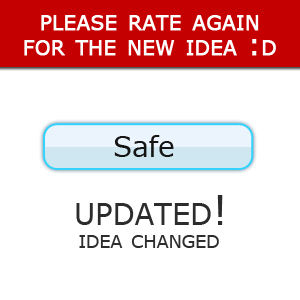 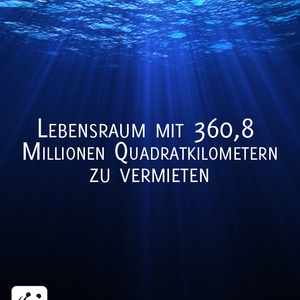 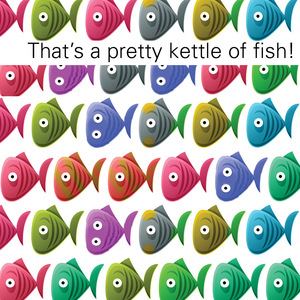