Read the BriefSee all IdeasCreatives
Your Next Job
Viewing published ideas, sorted by popularity.
previousoverviewnext
A New Corporate Culture
Think big: Not just some fun but short-lived PR stunt  a real, longterm change in corporate culture
1/4
1234
1/4

Google, IBM, GORE � they all managed to position themselves as great places to work at. By actually offering fascinating, new ideas of how work could be organized in a post-industrialised economy. Giving employees a certain amount of free time to pursue their personal projects, gradually moving away from the old 9-to-5 to a more flexible alternative based on digital collaboration, actually practicing flat hierarchies, appreciating creativity and encouraging employees to make a real difference with their ideas... These are the factors that make a company attractive for ambitioned, creative, well-educated people � exactly, what mobile.international is looking for.

Mobile.international revolutionizes corporate culture �  by giving itself a democratic constitution. Every employee is treated like a citizen in a model democratic society. Everyone gets a vote, which he/she can use to participate in corporate decisions. Should the free budget be spent on new office equipment or invested into new server infrastructure? Who should be promoted to become project leader? Which advertising agency did the best pitch? Even the administration has to be re-elected every four years, every "citizen of mobile.international" can run for office if he gets a minimum of five supporters. All these democratic processes could be organised through the digital infrastructure, by building an internal intranet-collaboration/participation platform. Here, every employee can post new proposals and put them to a vote, managers can hold a referendum on big decisions that affect everybody's future, and many other things can be done to live the democratic ideal.

Mobile.international acts as "kickstarter" for its own employees' dream projects. Everybody can apply to the internal crowdfunding program by laying out his idea on the intranet platform. No matter what it is, as long as you can convince your coworkers to support you. Want to record an album with your band, but don't have the money for a proper studio / mastering? Want to produce a short film and need some financing? Want to write a book about traveling the world? Every employee can post project ideas and vote which ideas should be funded by the company. At the end of the season, the project with the most votes gets a 100% funding, places 2 and 3 get 50% and 25%.

The idea "Guerilla projector"
Armed with a tiny mobile projector, guerilla activists of the mobile.republic enter university auditoriums, business conventions and the like � to spread their message of the "promised workplace".

Mobile.international pioneers in new forms of work organisation and employee participation, taking bold and radical new approaches. And talking about it.

First, the strategy has to be formulated as some sort of "constitution". Next, the necessary internal changes can be applied. Then, the "revolution" sends its message into the world.

Instead of doing some superficial PR stunt that doesn't really change anything, this approach offers something actually relevant to future employees: A revolutionary new kind of workplace. 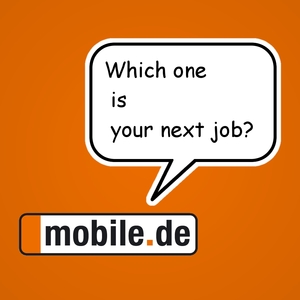 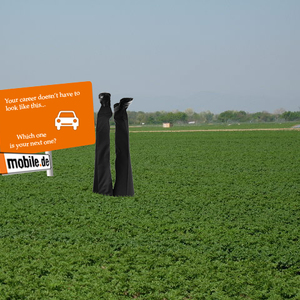 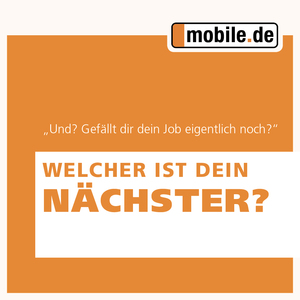 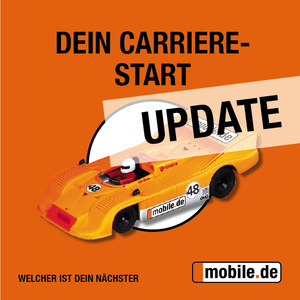